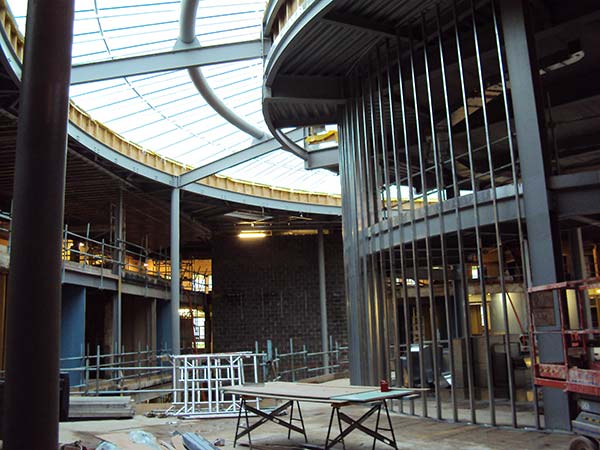 Derby City Council’s headquarters has reopened after an extensive refurbishment programme was completed with the aid of steel construction.

The building, originally built in the late 1930s, has been reconfigured with a steel frame erected to fill up a central courtyard.

The new steel frame connects to the original structure’s steelwork and creates a central atrium and new council chamber, as well as more office space.

Steelwork was fabricated, supplied and erected by Fisher Engineering and more than 2,500 individual pieces were used.

The steel was installed in 13 weeks and was erected by an onsite tower crane. This crane lifted the majority of the steel members straight from the delivery trucks and then up and over the existing building. Some larger members were delivered to the central courtyard site through a former ceremonial car entrance.

Main contractor for the project was BAM Construction and the refurbished building meets the BREEAM ‘Excellent’ rating.