January 1, 2012 by NSC in Projects and Features, This month's featured stories 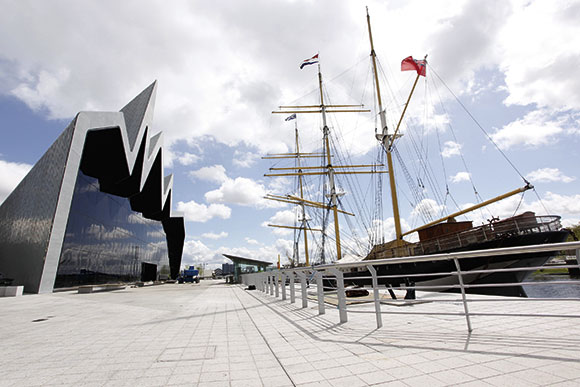 The latest in our occasional series of visits to completed projects takes Nick Barrett to Glasgow, where the Riverside Museum of transport is proving to be a runaway success as well as an architectural icon.

For several generations of Glasgow schoolchildren, and their parents, one of the City’s great attractions has been its collection of historical cars, locomotives, tramcars, buses, model ships and other transport related memorabilia housed in a variety of temporary museums. A new attraction is the purpose built steel framed and clad Riverside Museum which for the first time brings the collection of over 3,000 items together on a permanent Clydeside site that is itself steeped in the history of Glasgow’s industrial past.

The Zaha Hadid designed Riverside Museum has been hailed as an architectural masterpiece and the visitors have been streaming in since it opened in June last year. Designed as an iconic structure that would signature the City’s commitment to regenerating a run down shipbuilding and warehousing area, there is nothing else like it in Glasgow.

Officially opened by Princess Anne in November 2010, the museum has become the City’s most popular attraction, with its one-millionth visitor passing through after only five months. On its busiest day so far 15,000 people visited. 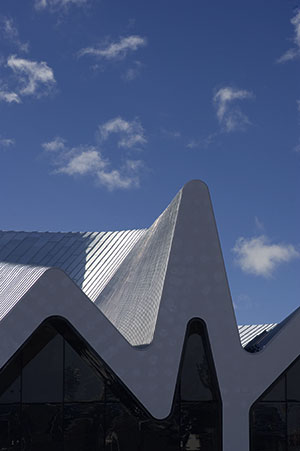 The museum is located in the west of Glasgow, at the old Pointhouse Quay in Partick, where the River Kelvin flows into the Clyde at its north bank. Transport and engineering history surrounds the building as well as filling it. Outside the striking structure is permanently berthed a 19th century Clyde built tall ship, the Glenlee, which is a floating museum in its own right, and on both banks of the river were some of the shipbuilding yards that made ‘Clydebuilt’ a mark of quality worldwide.

The site was for 100 years the yard of shipbuilder A&J Inglis, whose ship launching slipways can still be seen at low tide. Slightly upriver is the Finnieston crane that was used to lift newly built locomotives from the famous Springburn Works onto ships for export worldwide.

It’s not all just history though; today seaplanes take off and land on the stretch of river outside the museum and the Glasgow Helipad, used by the City’s emergency service helicopters, is located nearby. The world’s last surviving ocean going paddle steamer, the Waverley, regularly calls at the harbourside – fittingly as A&J Inglis’ yard is where it was built. The ferry service that once linked the shipbuilding centre of Govan on the south side of the river with the museum site has been resurrected and runs frequently.

Zaha Hadid is one of the world’s most ‘in demand’ architects and the Riverside museum is her first major public building to open in the UK. Describing the shape is not easy; her own website describes it as a sectional extrusion open at both ends, its outline encapsulating a wave or pleat flowing from the city to the waterfront, symbolising the dynamic relationship between Glasgow and the shipbuilding, seafaring and industrial legacy of the Clyde.

Inside is one of the finest transport collections anywhere, including innovative and interactive displays. As a modern museum, Riverside works – the visitor numbers confirm that.

The big hope for the project was that when it opened it should reinforce Glasgow’s reputation as an engineering and tourism hotspot. The construction team always felt it would be an attraction that team members would be proud to bring their children to; the visitor numbers suggest they have brought their friends along as well. 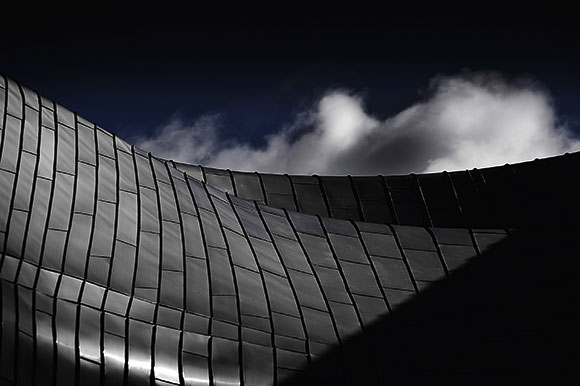 The steel pleated roof, featuring five differing peaks, of which the highest is 18m above ground level, was the most complex part of the project. Working out the complex roof connections and the de-propping programme called for close cooperation between Watson Steel and Buro Happold, with models continually passing back and forth.

Watson Steel designed a unique node connection (dubbed a can) to accommodate the incoming rafters, bracing and ridge valley members that form the roof. As the roof pitches at various angles and slopes from south to north, most nodes – of up to one metre diameter – are unique and can accept up to ten steel members.

One of the museum’s most important exhibits is a locally-built steam locomotive. It is displayed above first floor level supported on a large steel truss which is curved in plan (because of the building’s shape), spanning 30m between two perimeter columns. The truss supports both the roof and the first floor exhibition area.

The top cord is formed from a valley beam of the roof, and the lower cord by the edge beam at first floor. Towards the riverside entrance of the building there is another large truss, known as the paternoster truss. This 26m span element was brought to site in three pieces and assembled on the ground before being tandem lifted into position as one 26t section. This supports one of the museum’s key attractions, a revolving wheel which houses models of ships which were built on the River Clyde.

NSC visited the site in early 2009 when steel construction was well underway. The building’s geometry is unique, with its steel frame twisting and curving in a roughly Z shape, under an innovative roof with five peaks and valleys. It has two main facades, one facing the land and the other leading to the riverside where the tall ship Glenlee is docked. Steelwork dictated the construction programme after the ground floor slab was cast, with erection divided into seven phases.

Sequential programming meant the steel erectors mostly worked from a clean and smooth concrete slab.  Cladding followed on behind steelwork.

Tim Kelly, Buro Happold Associate told NSC during construction: ”The structure exploits the convex and concave geometry to form a locked structure which spans across the width of the exhibition space to the column lines which flank the building.

”Large open column free spaces up to 50m wide were created by forming the innovative roof with a series of inclined trusses, following the external geometry of the roof, which utilises folded plate action. The inclined planes are supported at the north and south facades on a series of structural mullions and within the building at two transition zones.”

Along the two outer perimeter elevations the museum features two-storey exhibition areas. Here, cross bracing that aids stability has been hidden; stability is also derived from portal action at various points in the steel frame.

Phase one of steel erection consisted of a two-storey zone approximately halfway along the eastern elevation, chosen as the starting point as it would stand up without any propping. Other phases were connected to the initial zone, and three of these subsequent areas were supported with temporary props and trestles. The props were predominantly CHS sections connected to roof nodes via an 80mm diameter pin. Props were designed to be reused throughout the project. 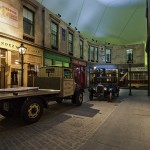 Recreation of an old Glasgow street 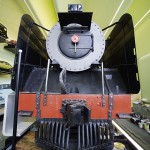 Locomotives are a popular draw for the crowds 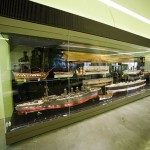 Model ships are a feature 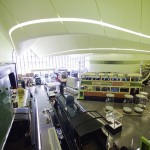 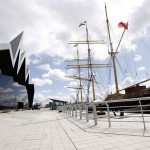 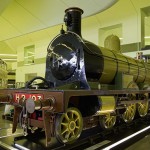 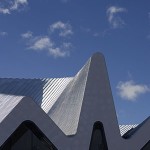 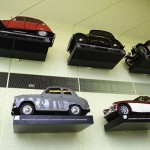 Full sized cars are exhibited on the walls 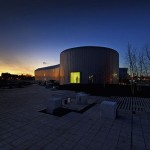 The structure’s form is a twisting Z-shape 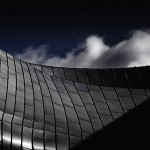 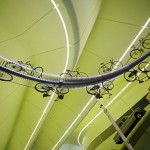 A wide range of bicycles are suspended from the roof