Posted on October 9, 2019 by NSC in Projects and Features, Shortlisted, SSDA Awards

Project Mint at The O2 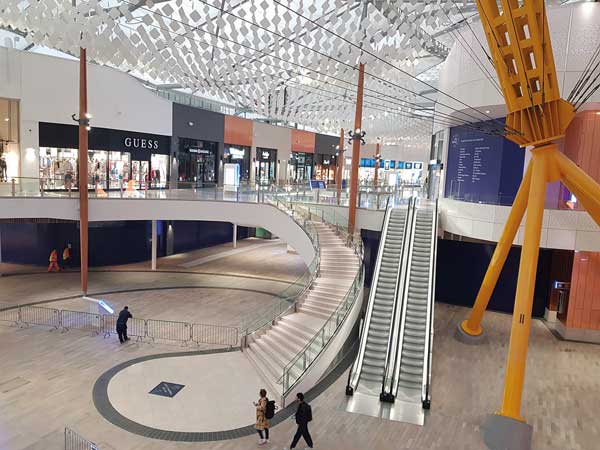 Project Mint completes the ring of tenant units surrounding The O2 Arena and was designed and installed around the steel masts and tie wires that support the tented dome structure. The project utilises a steel structure originally constructed in 2006 for a super casino, demonstrating the versatility of steelwork and minimising waste.

The single storey retail area is built on top of the existing structure, which is topped with a series of trusses creating a large column-free space. The trusses support lightweight metal decking to form a roof, which was constructed to make sure the casino was watertight if the Dome’s fabric roof was ever removed.

As the slab was built with just a casino in mind, the overall floor-to-ceiling height was much greater than that required in a modern retail outlet. Consequently, in the area where the slab meets the two-storey steel frame, the upper level gradually slopes down by 1m. 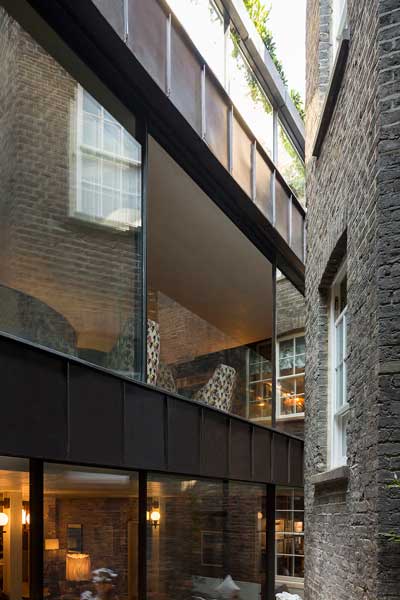 The project team have expanded and remodeled the original Soho House on Greek Street, London, while simultaneously revitalising the iconic Kettner’s Restaurant with the addition of a new 33-bedroom boutique hotel above.

A new-build, bronze-clad pavilion was then inserted into the courtyard, creating both physical and visual links between the different spaces. The massing of the pavilion was formed to reveal a series of terraces and lightwells that each relate to their adjacent plots, not only bringing light and outdoor space to all levels, but ensuring maximum usable area is achieved.

According to project architect SODA, without the use of steel, the alignment of the new pavilion floors and terraces with the varying existing floor levels (almost each of the 15 plots having unique floor levels) would have been difficult to achieve, not least due to the restricted floor-to-ceiling heights and limited structural floor depths. 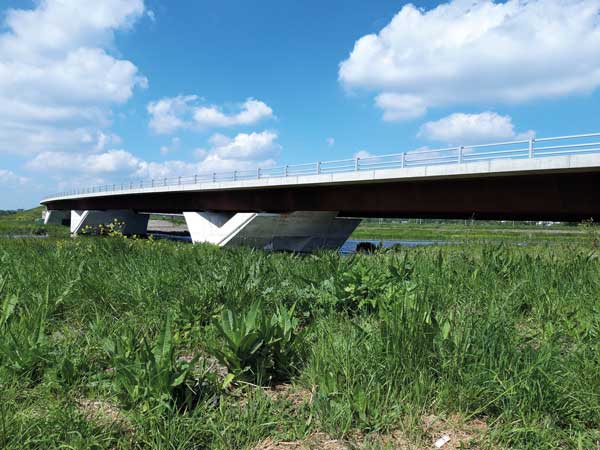 Describing this project, the judges say the low-profile design of the two bridges sits comfortably within the fenland landscape. The palette of weathering steel and fair-faced concrete integrates the scheme well into its rural context.

The inclusion of a public footway with the river crossing provides welcomed connectivity between the foot and cycle path network either side of the river.

“Steel was the natural and appropriate choice for the main structural elements for the given spans, as it reduces the dead load to give a more efficient structure. For the railway bridge speed of construction was essential, which steel offered as large prefabricated sections could be lifted in.

“The use of weathering steel throughout also improved the appearance by reducing the apparent depth in sympathy with the surrounding environment and views, as well as enhancing sustainability, given its low maintenance.” 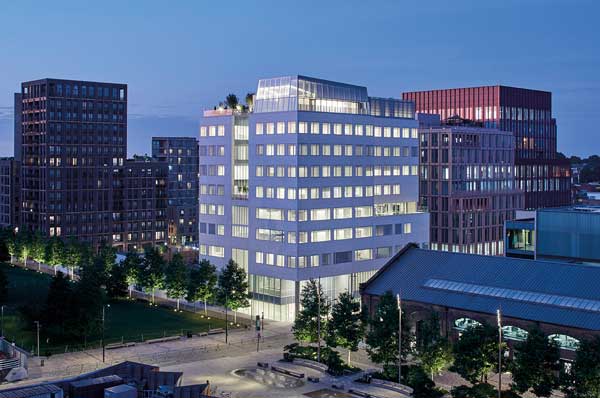 This self-effacing ten-storey building in the Kings Cross redevelopment is constructed to the highest quality with the greatest attention paid to fine detailing and materials, say the judges

Passers-by will be forgiven for remaining unaware of this store of treasures of Islamic art and literature, and the variety of internal and external spaces contained within this London centre for the Aga Khan Foundation.

According to Expedition Engineering Associate Alessandro Maccioni, an integrated structural steel and services solution was chosen as it minimised storey heights, while maintaining floor-to-ceiling heights, compared to a comparable concrete solution.

“The composite frame also permitted the use of a raft foundation, the first at Argent’s development at King’s Cross, which provided significant programme and cost savings compared to a piled foundation solution.

“Steel also provided a minimal-sized vertical structure installed to high tolerances, which allowed the external wall build-up to be minimised – in line with the architectural intent.” 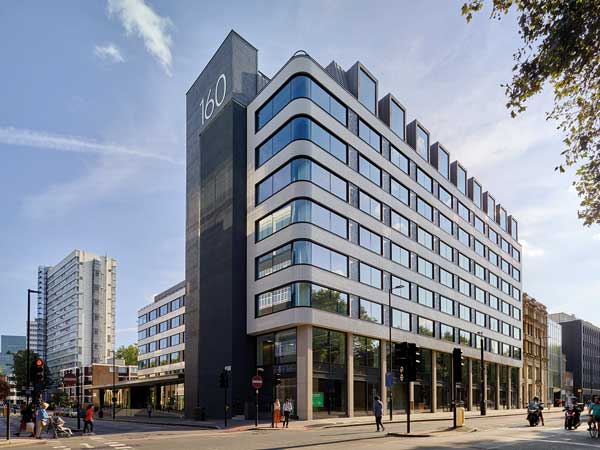 The former post office administrative building on London’s Old Street has been converted into a modern commercial scheme with the aid of steel construction.

The 1970s-built six-storey concrete-framed structure has had a major makeover, with an extensive refurbishment that delivered open-plan office space within an expanded structural envelope.

The project team have added three floors to the building, infilled lightwells and extended all of the elevations with new steelwork.

“We also added up to 40% additional load onto the existing frame and foundations without any strengthening.”

This was achieved through pre-contract geotechnical investigations and testing, including pile core samples, boreholes and confirmation of the existing pile length.

By using structural steelwork, the new floors were easily adapted to tenant requests, including the positioning of stairs.

Lightweight steel solutions have maximised the value of this mid-20th Century commercial building with additions of up to three new storeys, say the judges.