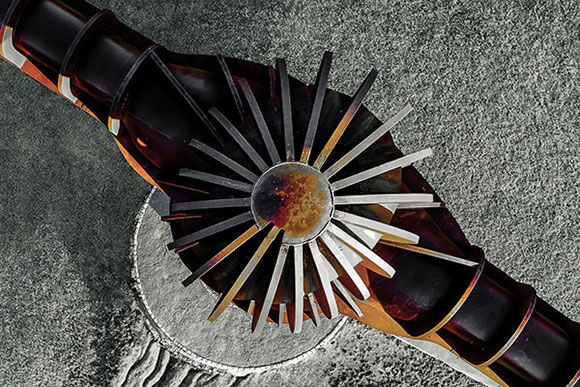 Having started in 1969, the Structural Steel Design Awards are this year celebrating their 50th anniversary. In the third of a series of articles, NSC looks back at the 1990s. 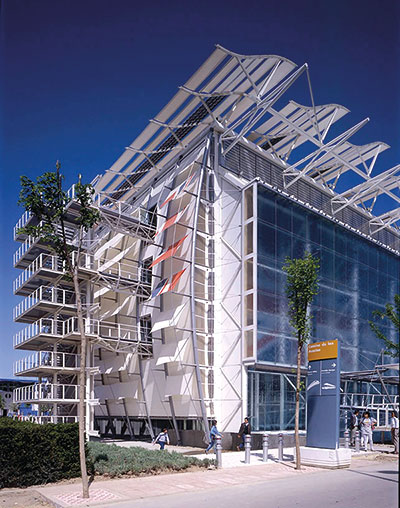 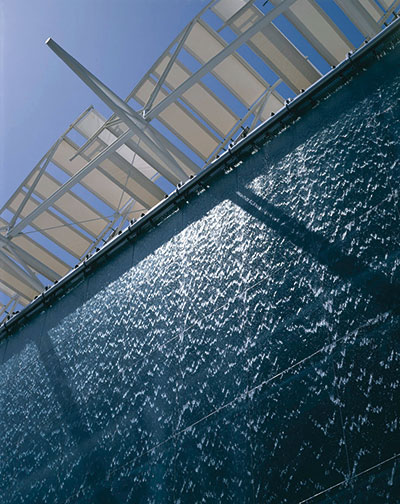 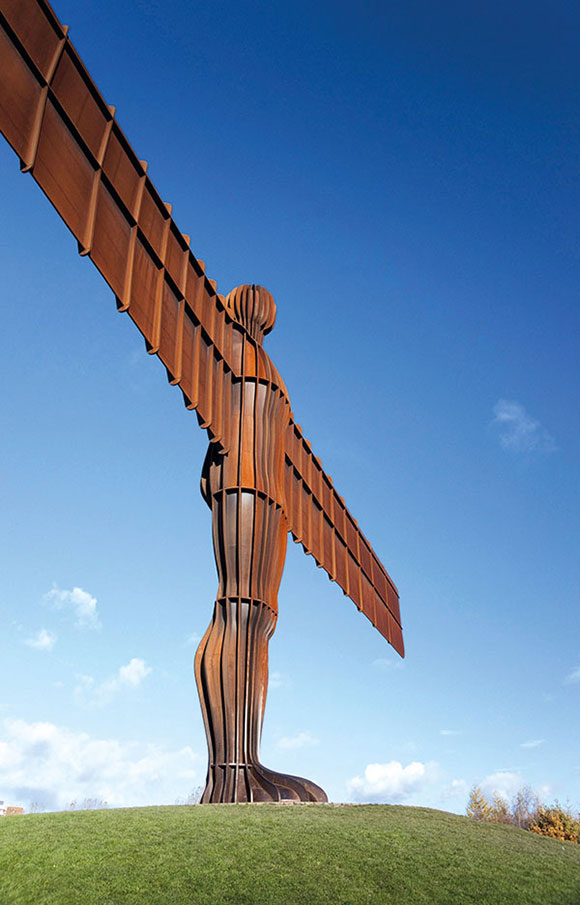 Built for the then Department of Trade & Industry, the UK’s Pavilion for Expo ’92 was a first-class exhibition space that became the principal exhibit for Britain’s participation at the international event.

Structural steelwork was chosen to allow the structure to be accurately manufactured in the UK in large pre-fabricated elements, transported hundreds of miles and be assembled as quickly as possible.

The Pavilion consisted of an outer envelope 65m-long × 38m-wide and 25m-high, enclosing three similar ‘pods’ which provided the exhibition space. The main east wall of the pavilion was fully glazed with water pouring down the outside, while stacked water-filled steel containers on the west face gave protection from the sun.

The internal pods were erected first and each provided two decks 14m x 20m in plan. They were formed by concrete slabs with composite steel decking supported on the bottom flanges of universal beams.

Each frame acted as a pair of vertical cantilevers linked by a roof member. Transverse forces on the envelope, including those from the internal pods, were therefore resisted by bending in the wall trusses.

The Angel of the North is one of the most viewed pieces of art in the world, seen daily by drivers on the A1 and train passengers on the East Coast Main Line. Sitting on a hill just south of Gateshead, the weathering steel statue is 20m-high × 54m-wide and is one of the largest sculptures in the UK.

Designed by Turner Prize-winning sculptor Antony Gormley, the sculpture was designed as ‘a material image of a spiritual subject’ and was created by using techniques from heavy industry and shipbuilding, two sectors the North East formerly excelled in.

Aeronautics and anatomy are combined in an exoskeleton of ribs and diaphragms and an inner body made of plate. The vertical ribs on the body and the horizontal ribs on the wings are the main structural elements carrying bending moments, due to a wind loading of up to 125mph.

Acting as both main contractor and steelwork contractor, Hartlepool Steel Fabrications formed the internal structure skin from conical and flat sections, while the external skin was formed from 6mm thick plate.

The wings were fabricated in four sections, then each pair of these was joined by a single central section. The body involved over 2,000 pieces of welded internal horizontal rib over which the cosmetic skin was fitted.

The three pieces of the Angel (body and two wings) travelled overnight to the site and were then lifted into place before the permanent welded connection and infill skin panels were added.

A full list and description of all Award winners can be found at: https://www.steelconstruction.info/SSDA_2018_%E2%80%93_50th_Anniversary_Year