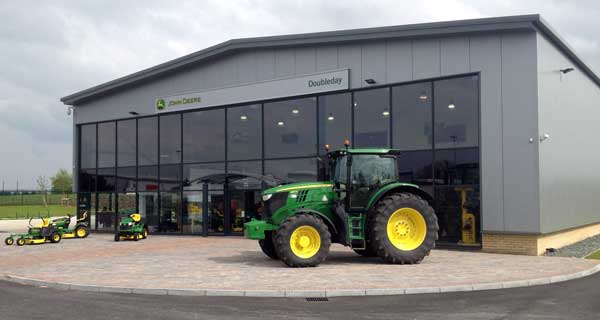 A C Bacon Engineering has picked up five prizes, including four winner accolades, at this year’s Farming and Agricultural Building (FAB) Awards ceremony held in York.

The company won and came third in the Diversification category for its work on CJH Farming, 17th Century Barn Conversion in Boyton Hall, Essex.

The judges said: “This was an excellent job at saving a building that could have easily been pulled down.

“Using original trusses, local labour and companies adds to this really nice project along with sympathetic renovation which is largely in keeping with the original style of the building.”

A second winning prize came in the Most Sustainable building category where A C Bacon was awarded for the Doubleday Group facility in Swineshead, Lincolnshire (pictured).

“Great use of green technology – photovoltaic panels and water processing,” commented the judges.

Hosted by RIDBA (the Rural and Industrial Design and Building Association) the awards were presented by BBC TV’s Countryfile presenter Tom Heap.

He told the audience he was “delighted there were creative people trying to raise the appeal of agricultural buildings by producing something people would enjoy looking at into the future”.

The FAB awards were launched to recognise and reward contractors and clients who have taken the time and effort to ensure their new building is sympathetic to and even complementing the local landscape, while ensuring it is fit for purpose and has been designed with sustainability in mind.

RIDBA National Secretary Tony Hutchinson said: “Our awards scheme was particularly diverse this year which reflects the way the industry is going and its on-going reliance on buildings that are not only functional but also attractive, and increasingly now, sustainable.”