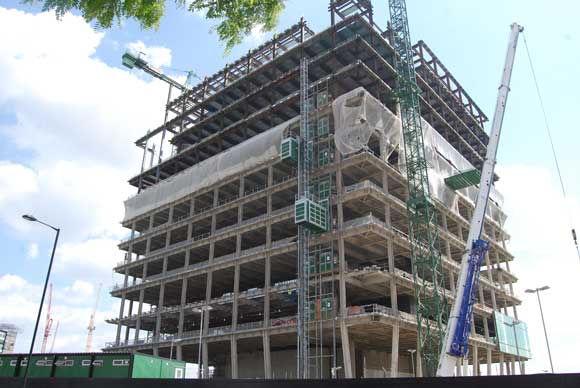 The steel frame races towards completion

London’s south bank is a hive of construction activity and one of the most prestigious projects is the new steel-framed US Embassy.

Regarding the move, former US Ambassador Robert Tuttle said: “We looked at all our options, including renovation of our current building. In the end, we realised that the goal of a modern Embassy could best be met by constructing a new facility.

The US Department of State’s Bureau of Overseas Buildings Operations chose the project architects through a design competition.

With a brief to create a secure, welcoming, environmentally friendly and sustainable building, one that would complement its surroundings as well as appropriately represent the United States in the UK, Philadelphia-based architect Kieran Timberlake won the design competition. 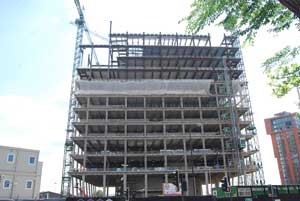 Taking into account the urbanisation and redevelopment that is currently taking place in the Nine Elms area, the 46,450m² Embassy building is described as a transparent crystalline cube atop a four-sided colonnade.

The glazed façade of the embassy building is covered on three sides with a tensioned outer envelope system made from ethylene tetrafluroethylene (ETFE) cushions. This system is oriented to provide shade, minimise heat absorption and protect the building from external environment and act as a thermal buffer for the building.

According to Severfield one of this project’s unique challenges is dealing with the US supplied material, as all steel and connections on this project have been designed to US standards by structural engineer Weidlinger Associates of New York.

Steel erection is now progressing towards completion and the new US Embassy will open in 2017. 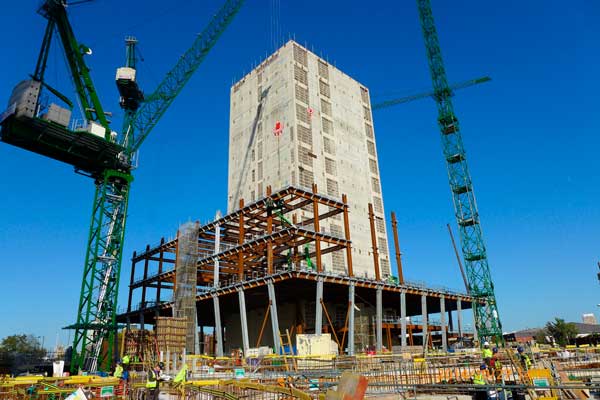 A central core provides the steel frame with stability 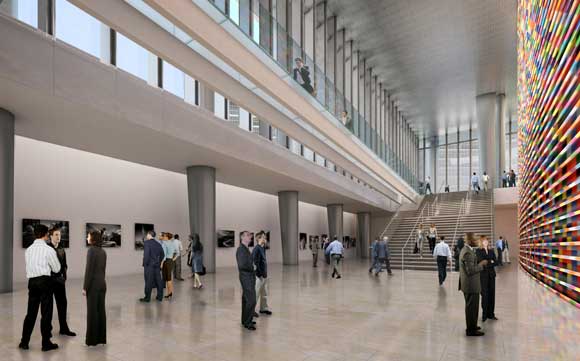 Internal view of the Embassy 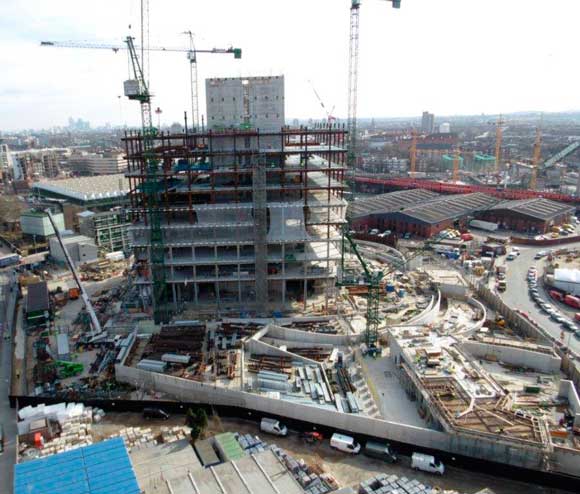 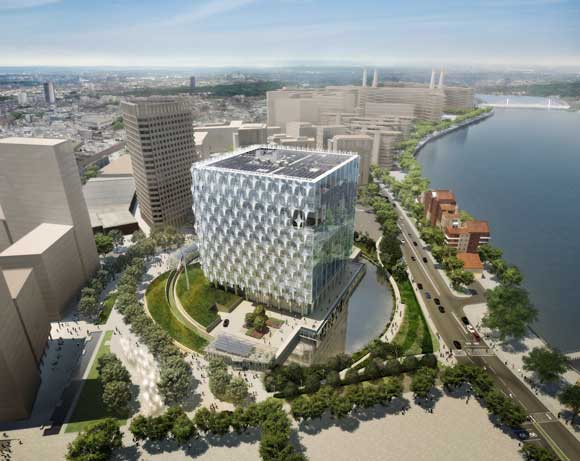 The new Embassy is set in its own park