Output to return to growth in 2011

Steel construction output is forecast to increase next year, while over the coming years new infrastructure investment, including power generation plants, will provide opportunities for BCSA members in the medium to long term.

Speaking at the BCSA Annual Lunch held at Drapers Hall, London on 29 June, BCSA President Jack Sanderson, said: “The past year has been the most difficult one for the steel construction industry for the past 20 years.

Steel’s market share is holding up and the underlying long term demand for steel construction remains sound. Members are well placed to respond quickly to the recovery which is expected to start next year, although the pace of recovery is likely to be modest.”

On the subject of steel prices, Mr Sanderson said they place significant challenges on members when tendering for fixed price contracts.

“The BCSA has endeavoured to give its members maximum notice of price increases and has also put pressure on steelmakers to keep the increases to a minimum, combined with the longest possible period between increases,” he said.

Principal guest speaker at the Annual Lunch was Paul Morrell, the Government’s Chief Construction Adviser. He said the construction industry as a whole faced major challenges and did not yet have a fully developed plan for its own future. The two biggest challenges were to eliminate waste and to achieve low carbon targets.

Mr Morrell praised the BCSA’s Steel Construction Sustainability Charter, saying the idea of progressing through its various levels from Member to Gold as sustainability performance improves was a good one. 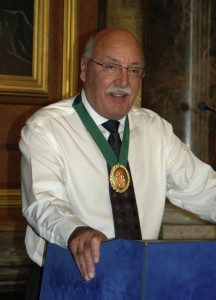 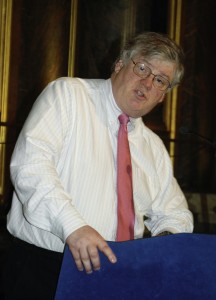