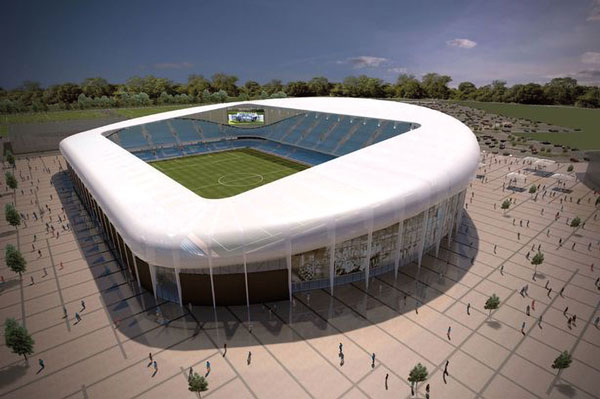 Coventry City Football Club (Sky Blues) and the University of Warwick have announced that they have commenced planning for a partnership, which would see the University provide land for a new stadium.

While an exact site has yet to be agreed, its proximity would be on the agricultural field area of the University of Warwick land on its main campus at the southwest edge of Coventry.

Coventry City FC will own and be entirely responsible for the cost of the stadium and its operation; equally, the Club will receive all stadium revenues it generates.

Both the University and the Club have said they are committed to a visionary, environmentally friendly stadium in terms of materials, energy, noise, building and of course access.

There are also plans for a light rail station at the stadium, to connect with the city centre.

From 1899 to 2005, Coventry City played at Highfield Road, which in 1981 became the first all-seater stadium in England. The 32,000-capacity Ricoh Stadium, on the city’s outskirts, was built to replace the club’s former home, but Coventry City have left this ground on two occasions and there are currently no plans for them to return.

Having just been promoted back to the Championship, Coventry City will ground share at Birmingham City’s St Andrews stadium for the forthcoming 2020-21 season.