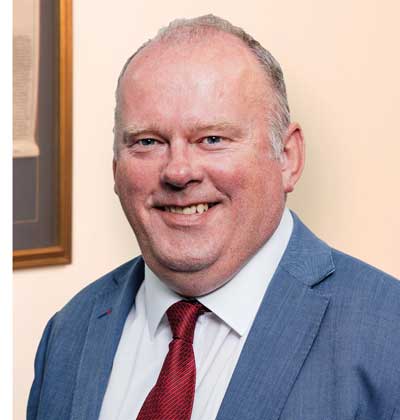 John Blackwell, Rowecord Engineering’s long-standing charismatic former MD, used to say “steelwork contracting is all about managing risk”. John’s words are as true today as they always have been, probably more so. All too often steelwork contractors are being forced into taking on the temporary stability of the steelwork during erection with no allowance being made at tender stage for this crucial part of the building’s life. This is a recipe for a ‘race to the bottom’ and in my experience those who sometimes win this work are the least able to design the temporary stability required during erection.

The CDM Regulations make it clear that it is the designer’s responsibility to provide at least one safe sequence of erection for the structure which includes consideration of any requirements for temporary stability and the safe dismantling of the structure at end of life. Safety is a crucial consideration during steel erection as part erected structures can be vulnerable to collapse.

Undoubtably the hardening of the insurance market following the tragic fire at Grenfell Tower and the general increase in professional indemnity (PI) claims has pushed up the cost of PI insurance, in some cases trebling historical premiums. This has caused some designers to reduce their risk by off-loading the temporary stability of the structure during erection to the steelwork contractor. We have all seen increases in the amount of design responsibility passed down to Tier 2 contractors from consultants, which has increased our potential liability.

For multi-storey buildings the flooring system in its final state is often intended to act as the ‘magic diaphragm’, 100% stiff as modelled, sometimes with very unusual aspects in length and breadth coupled with sometimes more holes in the floor plate than a Swiss cheese. Again, not much consideration as to how the structure is safe during construction. Many steelwork companies claim that this is fine, they can handle the additional responsibility. However, I haven’t met many yet that charge and recover a pound for every pound expended in taking this risk on, never mind the additional design, fabrication, erection and removal of necessary temporary bracing.

A similar temporary situation occurs with precast concrete floor planks. The most critical condition here can occur during the placing of the concrete units and consideration must be given to ensuring that the asymmetric loading conditions that can arise are carefully controlled to prevent the twisting or failure of the supporting beams.

The old national standard, BS 5950, contained a clause that made it clear that issues such as temporary stability are the responsibility of the designer. Clause 2.1.1.2 on overall stability states ‘The designer who is responsible for the overall stability of the structure should be clearly identified.’ This applies equally to the temporary stability of the structure during erection and, taken together with the CDM Regulations, places the responsibility on the designer to provide a safe sequence of erection. Perhaps a similar statement would have been useful in the Eurocodes.