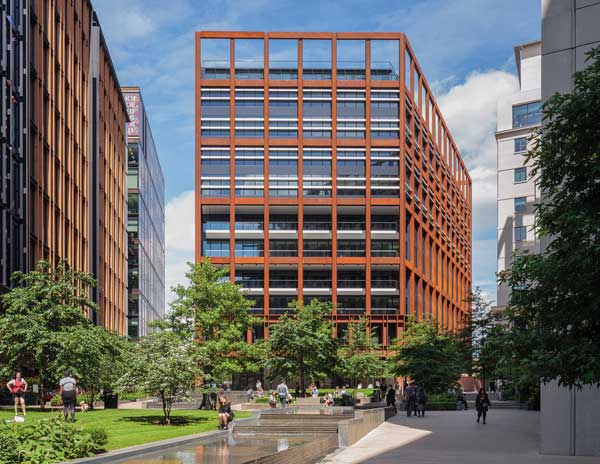 The building was designed as a speculative office, aspiring to exceed the British Council for Office specification and it was the first office to achieve a BREEAM 2014 rating of ‘Outstanding’.

The main feature of this steelwork is a storey-high Vierendeel truss that encircles the building at first floor level.

Weathering steel has been used for the entire skeleton because its hue will subtly change over time lending itself to the desired heritage appearance. Another benefit of using this type of steel is the fact that, even though it will remain exposed, it will not need painting or any maintenance throughout its lifetime.

The judges recognised the strong technical collaboration of the entire team to deliver the architect’s vision of an expressed weathering steel exoskeleton without compromise. This was achieved through creative development of key technical details to address thermal bridging, differential thermal movements, fire performance and weathering. The building’s elevations are a celebration of steel.