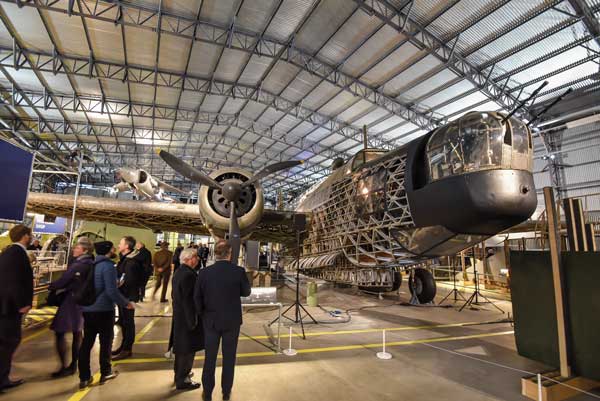 Rather than constructing a new steel structure, this project was all about renovating and relocating an existing historic Grade II listed hangar.

FACT FILE
Architect: Thomas Ford & Partners
Structural engineer: Alan Baxter Ltd
Steelwork contractor: Ainscough Industrial
Main contractor: Brymor Construction Ltd
Client: Brooklands MuseumBrooklands in Surrey is considered to be the birthplace of British motorsport and aviation, as well as the site of numerous engineering feats. Over the past three years, it has seen another unique achievement – the successful relocation and refurbishment of the 78-year old, Grade II listed, Bellman Hangar.

The start of World War II marked the end of motor racing at Brooklands, with the entire site dedicated to military aircraft manufacture. A range of temporary structures were quickly erected to house the manufacturing facilities, several using the Bellman hangar design developed for the military in the 1930s.

Once the site became a museum in 1991, a programme was begun to reinstate as many original parts of the motor racing track as possible.

The major obstacle to this work was the location of the one remaining Bellman Hangar, which blocked views of the track and limited use of the straight during the regular events held at the Museum.

The solution was to dismantle, refurbish and relocate the hangar a distance of 100m to the side of the finishing straight, and to construct a new Flight Shed building to house some of the Museum’s expanding aircraft collection, together with workshops and archive facilities.

Bellman Hangars are an early example of a steel, system-build structure, and were originally conceived as temporary structures with a limited life span. Their structure comprised modular steel lattice trusses which use just two main components; a ‘standard unit’ used to form the columns and roof trusses and an ‘eaves unit’ to connect the two.

The standard sections are roughly 2.4m long, and are constructed from welded back-to-back angles forming the top and bottom chords, with single angles acting as ties/diagonals.

The standard sections were simply and efficiently bolted together on site to form portal frames spaced at 3m centres, connected by purlins formed from pressed-steel channels.

“To achieve consent for the project to proceed, we had to be satisfied that the structure could be successfully dismantled and re-erected without any major harm or loss of existing fabric,” says Brooklands Museum Commercial Director Valerie Mills.

“This required a desk study and detailed site observations to fully understand the nature of the structure and its condition.”

Careful dismantling was specified and undertaken to avoid damaging the existing components of the building. The components were then individually tagged to define their location and orientation, in order to make sure that that all the components would fit back together again in exactly the same locations.

In addition to the re-erection of the hangar, a free-standing mezzanine was designed within the hangar to increase the exhibition space. This mezzanine also included a bridge across to the adjacent Flight Shed – linking the two buildings without the need for extensive alterations to the Bellman Hangar.

The judges say this project is a testament to the adaptability of steel construction and the care with which the project team managed the task of dismantling the old hangar, refurbishing individual components and re-assembling the structure on a nearby site, providing the ideal accommodation for the Museum display.