A grand arcade for Wigan 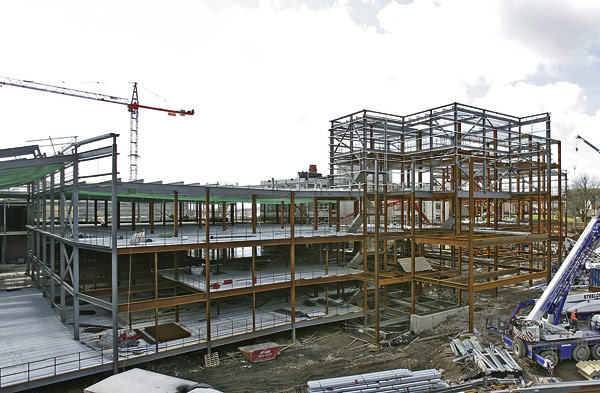 More than 5,000t of steelwork will be supplied by Severfield Reeve Structures for the construction of Wigan’s Grand Arcade shopping centre. Working on behalf of main contractor Shepherd Construction, Severfield began steel erection in October 2005 and over a period of 34 weeks the Arcade’s superstructure will be constructed.

The project’s client Modus Properties said the arcade will transform Wigan town centre. The £52M project is scheduled for completion in March 2007 and the massive 425,000 ft² scheme incorporates 35 retail units and the provision of a new multi-storey car park.

More than 75% of the development is already pre-let with tenants including Debenhams, Marks & Spencer, Next, HMV and Waterstones.