40 Years Ago: British steel in Bahrain 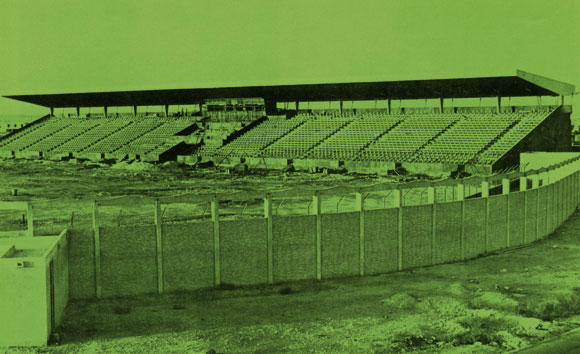 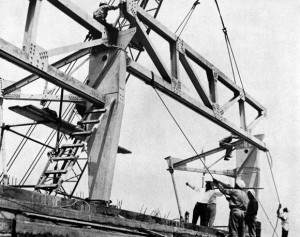 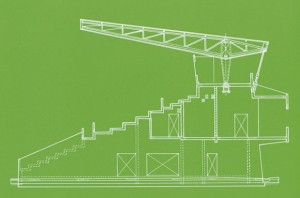 Below right: Cross section of stand

The roof framing is essentially a 45ft cantilever supported on tapered box stanchions formed of 3/8in thick welded plates and an anchor span of 12ft 6in. To combat corrosion all work was hot dip galvanised (to B.S.729) using a 2oz per sq ft coating. Protection of the steelwork was completed, after using a degreasing agent, by the application of calcium plumbate, followed by two undercoats and a gloss finish paint. The terracing is constructed of precast concrete units which are supported on in situ concrete crosswalls at 16ft 8in centres.

The architect for this project was E. V. Collins, ariba, and the author was the engineer.