40 Years Ago: Moving along with Steel 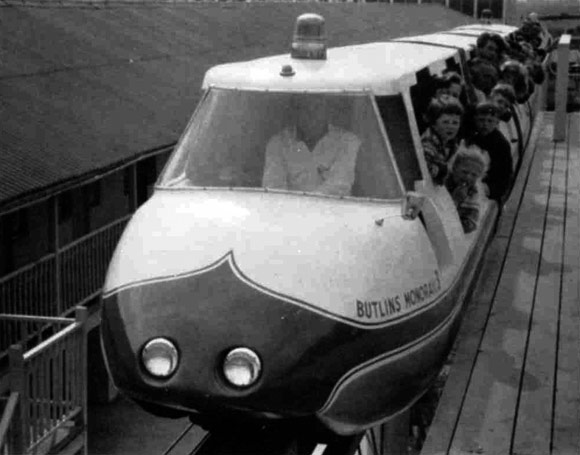 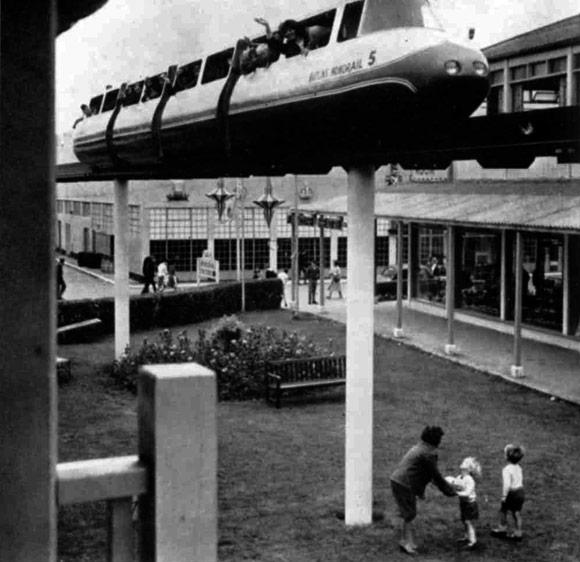 Holiday makers travel 16ft above ground level at speeds of up to 15 m.p.h. in streamlined rocket-shaped glass fibre trains 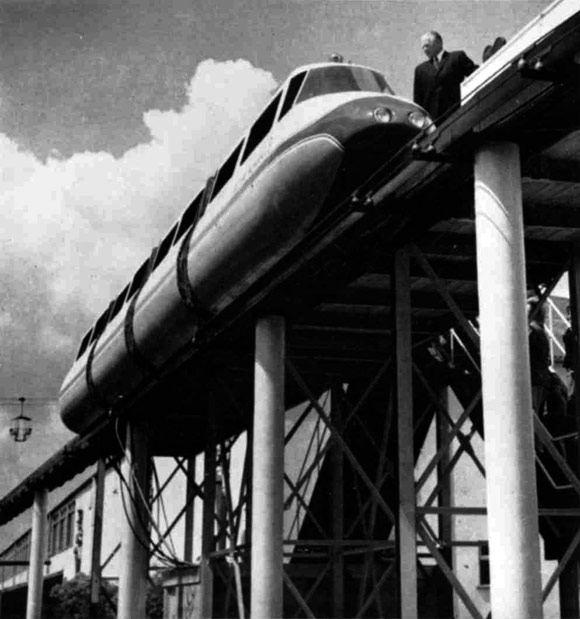 Steelwork, 320 tons of it, is used in Britain’s first monorail at Butlin’s Skegness Holiday Camp, built at a cost of £50,000. Like something from the future three distinctively coloured rocket-shaped trains travel 16 feet above the camp at speeds of up to 15 miles an hour. Each train – 57 ft. long and weighing 8 tons – has four comfortably upholstered coaches capable of carrying a total of 50 passenger holidaymakers.

The monorail covers a mile of circular track round the perimeter of the camp and is a great attraction: passengers get a bird’s eye view of the Lincolnshire countryside and the sea, as well as the activities of the camp itself.

The structure of the monorail system uses 160 steel columns each weighing half a ton and spanned by 40-ft. beams each weighing two tons. It differs from its American forerunner demonstrated at the State Fair of Oklahoma in that it is a welded structure whereas the American version has a concrete base for the track.

The train straddles the track, a design possessing the important advantage that the rail and supporting columns need not be as tall as those for a suspended system in which the trains swing from a suspended track.

It was important that the trains be quiet in operation, and this has been achieved by the use of electric motive power and the provision of rubber tyred wheels which run in steel channels on the track. When fully loaded the trains weigh about 8 tons and the momentum at high speeds could be considerable.

For this reason foot operated hydraulically expanding drum-type brakes are fitted: a mechanical hand brake for parking purposes is another feature. A safety system ensures that the trains are always kept a regulated distance apart.

Special consideration was given to aesthetics: the carefully proportioned columns supporting the black monorail are painted pastel yellow in matt finish and the trains are painted in Berkshire Green, Polar White and Signal Red.

Butlin engineers designed the whole of the system and also built the moulded glass fibre bodies in their own workshops from shells supplied by one of their subsidiary firms.