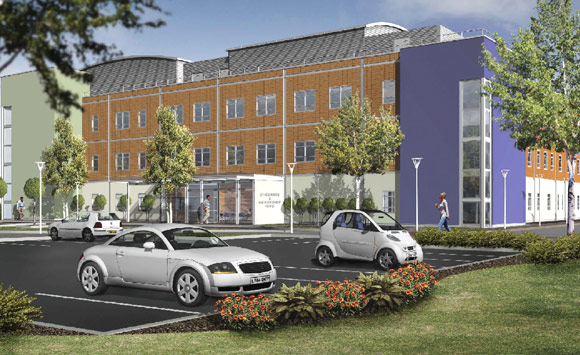 Client: Interhealth Canada
Main contractor: Bovis Lend Lease
Architect: Devereux Architects
Structural engineer: WSP Cantor Seinuk
Steelwork contractor: The AA Group Ltd
Steeldeck flooring: Metaldeck Ltd
Project value: £17M
Steelwork tonnage: 535t
Next May a new orthopaedic treatment centre opens its doors at Halton General Hospital near Runcorn, with the aim of drastically reducing waiting times for surgery. Nothing remarkable about this — except that, under the fastest of fast track programmes the first patients will be admitted only 17 months from the start of design work on the £17M PFI project.

Cheshire & Merseyside Independent Sector Treatment Centre will provide 44 beds and four operating theatres. It is being built as part of a government strategy to provide faster treatment through the private sector, using a series of specialist centres designed to undertake a high volume of particular types of routine operations, free from the seasonal and emergency demands affecting the wider National Health Service (NHS).

The Halton ISTC will help the local NHS Trust meet the target of cutting waiting times for patients requiring orthopaedic surgery to six months by December 2008. 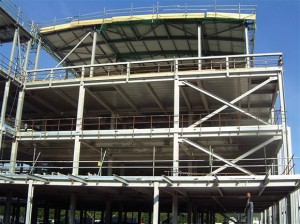 The Treatment Centre comprises three storeys plus a plant room 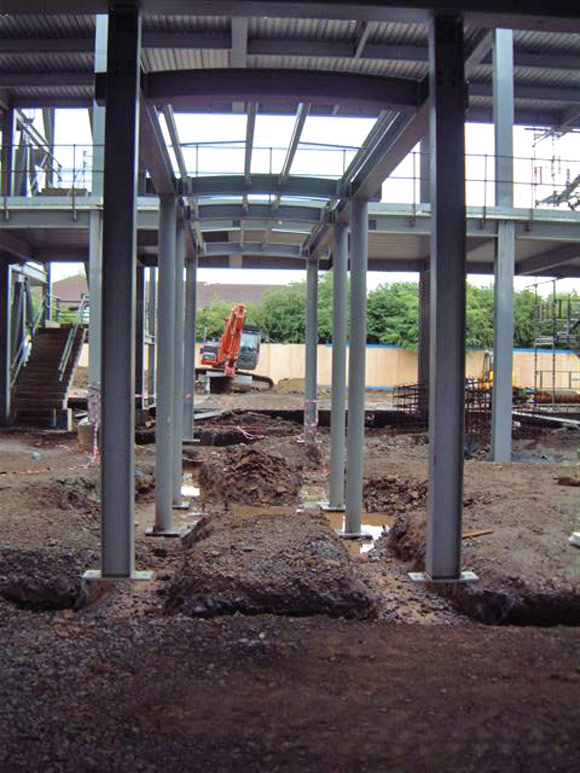 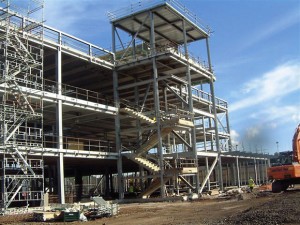 Stability is provided by bracing in the stair cores 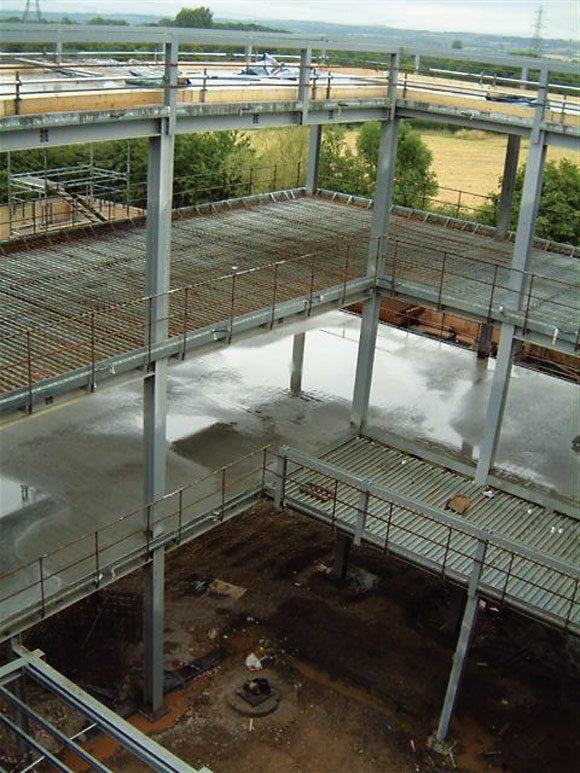 An atrium rises the full height of the building

The centre is intended to revert to the National Health Service in five years. “The building was designed to the brief of the client, Interhealth Canada, but it has to meet NHS requirements so that it can be handed to the NHS,” says Project Director Mark Carter of Devereux Architects.

Built in the grounds of the existing Halton General Hospital, the centre is arranged on three levels totalling around 6,000m². The ground floor houses outpatient and day treatment facilities including examination rooms and physiotherapy clinics, plus radiology and imaging — X-Ray, MRI and CT scanners. In-patient wards are on the first floor, while the third floor accommodates operating theatres and their associated storage areas for equipment, plus administrative offices. A plant room is situated at roof level.

The project was needed so quickly there were initial difficulties in finding a main contractor. Steve Miller, Technical Director of structural engineer WSP Cantor Seinuk, says: “We went to a number of contractors. We narrowed it down to two, both of which pulled out. Then Bovis Lend Lease said they could do it two months more quickly.”

The scheme design had to be done in three days to meet a deadline for agreeing funding, and work on site started soon afterwards, in January this year. “As we were doing detailed calculations the contractor was digging holes in the ground,” says Mr Miller.

On the choice of materials, he says: “We looked at precast and reinforced concrete but chose a steel frame with metal deck floors because of the fast track nature of the project.”

The steel frame is a straightforward beam and column design on a 7.5m grid. “We considered cellular beams for the floors but the services provider preferred a flat soffit to pass underneath rather than going through beam webs,” says Mr Miller. “So we used universal column sections as beams to maximise floor-ceiling height.” All primary beams were standardised as 305mm UCs of two different weights. 305mm UCs are also used for most of the columns.

Stability is provided by cross-bracing in the stair cores at the corners. A two-bay central courtyard rises the full height of the building, with balconies overlooking it at first floor level.

There are no changes in the layout from floor to floor and hence no need for complex transfer structures. “The whole aim of designing for a fast track programme was to simplify and use repetition so the M&E contractors could plough on with their programme,” Mr Miller explains.

Externally, lightweight terracotta rainscreen tiles are supported on an independent secondary cold-formed frame constructed using the Avon Dry Wall Beam system, with insulation between the frame members. “In the initial design the cladding was to span between columns,” says Mr Miller, “but because of the programme the cladding supplier recommended using separate rails from the ground floor and tying them back to the main frame.”

Kevin O’Keeffe, Production Director of steelwork contractor The AA Group (TAAG), says that the fast-track project presented no unusual problems. “We work on a fast-track, just-in-time system on all our projects, with six to eight weeks from receipt of order to site start,” he says. “The only issue in this case was that it was the first time we’d used an off-site applied intumescent coating, which reduced the time we had available for fabrication by a week.”

Coating supplier Leigh’s Paints provided training for TAAG staff on the benefits and practicalities of working with off-site intumescents. Tests were carried out using Leigh’s ‘fire bay’ to check that shot-firing the shear studs for the floor decking to the beams had no adverse effect on the effectiveness of the intumescent coating.

TAAG also liaised closely with WSP over the construction sequence. “We discussed which end of the building we wanted to start from, and divided the building into sections. We then advised the engineer which areas to concentrate on designing first,” says Mr O’Keeffe.

TAAG designed the steelwork for speed of erection. Stubs designed to carry the loads from the beams were fitted to the faces of the columns, allowing the beams to be made with a clearance between the column faces so they could be fitted more quickly. Normally the beams would be bolted directly to the columns but for this they have to be a precise fit and need ‘shoehorning’ into place.

TAAG’s own edge protection system was fitted to the beams before they were lifted into place, removing the need to erect scaffolding before work could start on the floors.

Erection of the 535t of steelwork and floor decking began in early May and was completed by July.

Work is so far going well, despite initial reactions: “Everyone thought the speed was totally unrealistic,” says Mr Miller. But the project is currently on time and on budget. There is a big incentive to meet the target dates, however, as Mr Miller points out: “If this goes well there’s potential for four or five more across the country.”