First fruits of a unique, pan-European effort to help designers use the new Eurocodes will be going online later this year. David Fowler reports on progress.

The introduction of the Eurocodes in a year’s time will herald a fundamental change in the way buildings are designed. Though there will be a transition period until 2010 before the old codes are withdrawn, public sector clients could insist on the use of the Eurocodes from day one.

The Institution of Structural Engineers identified provision of guidance for designers on using the codes as an urgent priority in a report this year to the Office of the Deputy Prime Minister. It called for government support to help industry develop the relevant documents.

But the steel industry is already addressing the problem. A unique pan-European initiative, STEEL (a Supranational Tool for the Enhancement of the Eurocodes on-line), will provide simple to use web-based information to help construction teams design effectively to the new codes.

The project is being led by the Steel Construction Institute, with steel information centre partners in France (CTICM), Germany (RWTH Aachen), Spain (Labein) and Sweden (SBI). The project is 50% funded by steel producers, led by Corus and Arcelor, and 50% by the European eContent programme. CSC (UK) and e-Training International (Ireland) are also partners. SCI is responsible for information technology management. 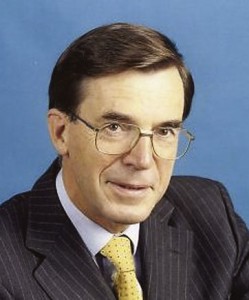 Steel designers already have more on their plate than those using other materials. Not only will there be more parts to the steel Eurocode, covering specialist structures such as bridges, masts, silos and pipelines. Designers will also have to refer to more sources of information than in the past. “To design a low-rise office building to Eurocode 3 could require 34 documents,” says Dr Graham Owens, Director of the Steel Construction Institute and Technical Co-ordinator for STEEL.

Traditionally, UK codes of practice such as BS 5950 were intended to be essentially complete design guides. The Eurocodes omit anything considered ‘text book material’ – such as calculating the critical stress for a frame. The idea is that such information will be included in guidance documents written by the industry and approved by the BSI in the UK, referred to as ‘non-contradictory complementary information’ or NCCIs.

Other parameters are not specified in the codes, but are to be determined nationally and set out in National Annexes to the codes, which the Office of the Deputy Prime Minister has commissioned the BCSA and the SCI to write. These include deflection limits, factors of safety and even the effective length of columns, on which the drafting committee could not agree.

The STEEL website aims to fill this information gap, at the same time as taking account of national variations. By making simple design guidance available, it also aims to dispel the myth, current in many European markets, that steel is more complex or specialist than concrete.

“It’s cheaper to design in steel than concrete in the UK because so much help is available. That’s not true in the rest of Europe,” says Dr Owens. “And the leap from most national standards to the Eurocode is bigger for steel than for concrete. The threat is that if people don’t make the transition there is a risk of losing market share to concrete.”

He adds: “I think that in this country we’ll do what it takes to make sure the tools are around for engineers to design effectively. In the rest of Europe the steel market is less strong and there is less investment in design aids, so there is more risk.”

Conversely, the opportunity exists to make big inroads into overseas markets where steel has a much lower share of the market than in the UK. There is also the opportunity to encourage technology transfer. Composite construction, for example, was virtually unused in France until the draft Eurocode ENV 1994 was published in the mid-1990s, because there was no French code for composite design.

STEEL is concentrating on four areas of design: multi-storey buildings; industrial buildings; residential construction; and cost-effective fire performance. The website will go live with the first of these around the middle of next year, with the others following over the next two years.

There has been extensive consultation with potential users. “The overriding message to us was: we want you to keep the guidance simple, not too academic,” says Christine Roszykiewicz, SCI International Co-ordinator and STEEL Project Manager. There will be three levels of information. Level one will include concepts and case studies and will be aimed at clients as well as designers. Level two will be design development information both for architects and engineers, covering topics such as building layout. Level three will be detailed design information for the engineer.

A user-needs analysis workshop involving 100 structural designers from 21 countries held in Brussels last July was used to decide what information STEEL should provide. After briefings on the codes, delegates split into groups for each of the areas of interest — residential, industrial and office buildings. Fire safety engineering was a feature of all three groups. It is such an important topic in continental Europe that it was subsequently decided to treat it as a separate application.

The groups identified stakeholders in each country, including members of the supply chain, and produced flow charts to summarise the design process. It was “a pleasant surprise” to find that these came out pretty similar in each locality, says Dr Owens.

The groups then considered what information clients and contractors needed and what factors were barriers to or promoters of the choice of steel. Flow charts or “mind maps” identifed these factors together with an assessment of how much information was available about each. The intention is that STEEL will concentrate on the areas, whether promoters or barriers, where information is lacking.

Because it would be impossible to provide all the information identified, delegates were then forced to prioritise it. The mechanism was to assign notional monetary values to each parcel of information, with everything on offer adding up to 1500 monetary units. The delegates were given 600 units to ‘spend’.

The delegates’ choice was simplified information for the design of a complete building, to guide designers through each step in the sequence. It was to be harmonised across Europe and was to include worked examples, NCCIs, flow charts of the design process and guidance on using the Eurocodes for specific applications.

SCI and its partners are now at work to produce this. Information for multi-storey office buildings is most advanced and is on target for the planned website launch this summer. Guidance on industrial buildings, residential blocks and fire engineering will follow over the ensuing year.

The database will be translated into the EU’s four main languages — English, French, German and Spanish. A pan-European steering committee will ensure it takes account of local variations.

Each piece of information on the website will be tagged to show whether it is completely harmonised across Europe, or where there are national deviations. Users of the database will have registered the country in which they are working at the outset and when they conduct a search, only items relevant to their locality will come up. Country representatives on the steering committee will be able to say how they want each piece of information flagged. So an item which does not apply in Spain, for example, could either be completely ignored by the search engine or brought to the user’s attention with a comment in Spanish attached if that is thought appropriate.

In due course the website could be translated into other languages, though that is beyond the scope of the current project.

Funding for the current project runs to June 2006, but Mrs Roszykiewicz says: “We will be disappointed, if the project is as successful as we expect, if there is not interest within the steel industry in adding further content after that.” 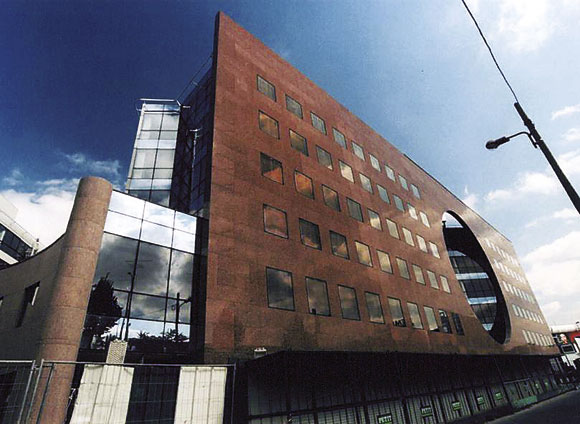 Avant garde: Terrell International woke up the French market to steel with buildings such as Le Colisée 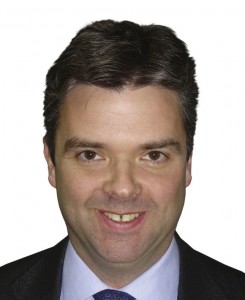 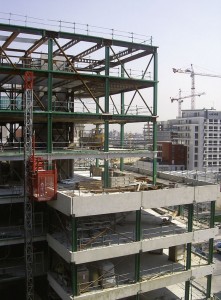 Paris-based structural consultant Terrell International, founded by British engineer Peter Terrell, has been instrumental in gaining acceptance for steel-framed buildings in a market where concrete previously dominated. Once developers saw the market’s eagerness for offices with large column-free spans steel began to make an impact.

France had no code of practice for composite design until the draft Eurocode ENV 1994 was introduced in the mid-1990s. This enabled Terrell to pioneer composite floors in 1994’s Le Colisée. Partner John Hanlon says: “The use of ENV 1994 on composite construction was a key factor in the more widespread acceptance of steel frames in Paris in the 1990s.

Careful implementation of the full Eurocodes could create major opportunities for growth in the use of steel in construction elsewhere in Europe.”