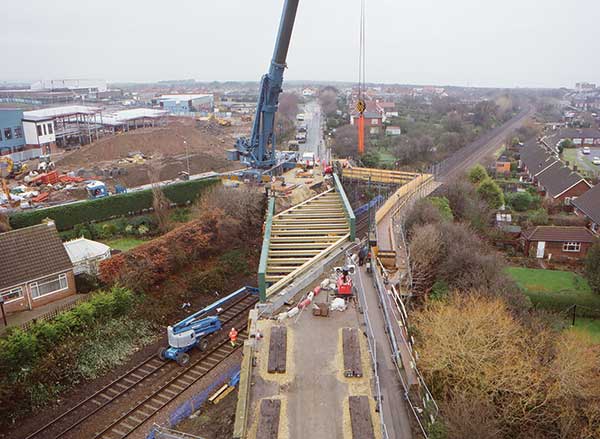 Allerton Bridges completed the 45t steel construction at its fabrica- tion shop in Tursdale, near Belmont, Durham, in four weeks. The £140,000 contract, commissioned by Network Rail, is the first to be produced by the team following the opening of the fa- cility in October 2008.

John Riddle, Managing Director of Allerton Bridges, said: “The bridge side of the market is very buoyant at the moment and this is just the first of a number of orders we have in place over the coming months.”