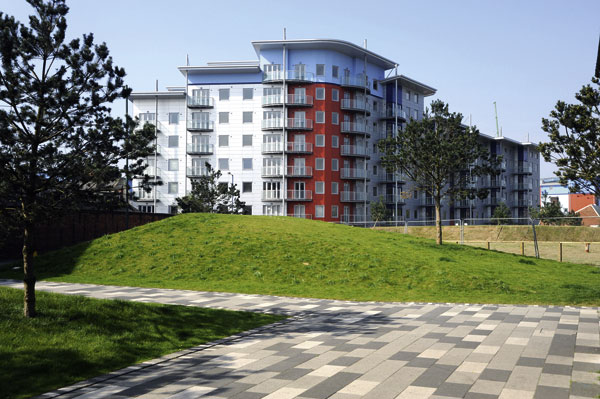 Waterfront South, a major regeneration development of apartments on a prominent canalside location in the centre of Walsall is utilising more than 1,000t of structural steelwork as its main framing material.

The two phase project was part funded by the Government’s Homes and Communities Agency to provide a mix of affordable eco homes to rent or buy.

The first phase consisted of 84 apartments spread over two buildings, one with eight storeys and the other a five storey structure. Both of these apartment blocks were started in January last year and completed in March 2011.

Phase two of the project is now underway and Traditional Structures is erecting two further eight-storey buildings containing a total of 164 apartments.

The Waterfront South project has achieved national recognition by winning the ‘Best Canalside Regeneration Project in the UK 2011’ awarded by British Waterways Trust.