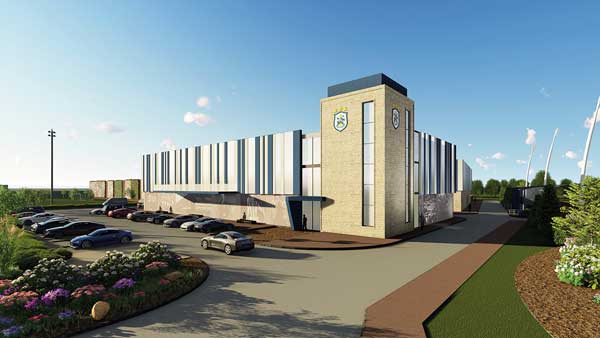 Premier League football club Huddersfield Town has revealed plans for the redevelopment of its training complex to bring the facility up to elite standards.

The new complex is scheduled to be completed in time for the 2020/21 pre-season and is set to create new elite sports facilities for the club’s first team and academy.

A new showpiece pitch will be developed in the first stage of the work, which is being managed by Frank Whittle Partnership Group, with TRP Consulting providing civil, structural and environmental engineering services.

An estimated £15M to £20M has been committed to the project by club Chairman Dean Hoyle and the board of directors.

Huddersfield Town Chief Executive Julian Winter said: “It’s been fantastic to see the response to the initial announcement and to hear directly from fans in the early stages of our consultation process. It’s clear that they all understand how important these plans are to the long-term, sustainable success of their football club.”