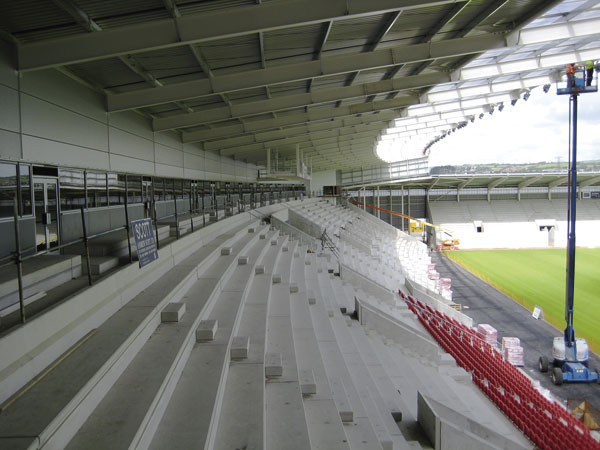 Llanelli Scarlets Rugby Union Club will officially move into its new stadium – Parc y Scarlets – at the end of November, after more than 120 years of playing at its world famous Stradey Park.

Richard Cherrington, Contracts Manager for Rowecord, said: “The ground has four stands, all of which are structurally independent, linked only by the roof and elevation. The two main stands are curved which improves spectator viewing.”

The stadium complex will include hi-tech facilities for matchday supporters and for non-matchday revenue generation. It includes a training barn and training pitch with athletics track.

The club said the ground’s name was chosen to celebrate the rugby region’s unrivalled heritage and as a tribute to its passionate supporters and local community. The decision not to sell the stadium naming rights to a commercial partner is also seen as commitment to the Scarlets’ past and future.