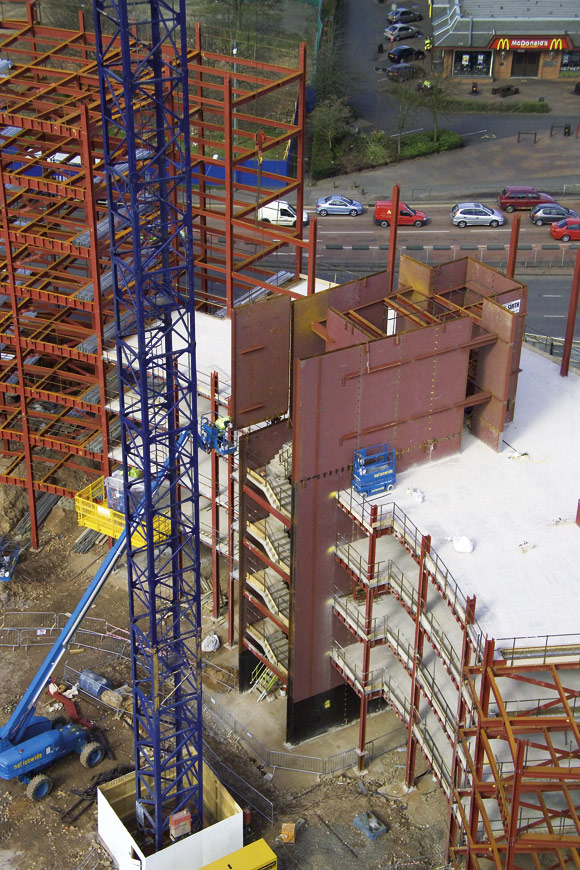 Work is underway on the tallest building in the UK to make use of Corefast – a new and faster method of constructing cores with steel. Victoria Gough reports.

Developed by Corus, Corefast combines Bi-Steel panels to form lightweight modules which are assembled on site and when erected form a building’s core up to six times faster than concrete.

This new and revolutionary method of core construction is currently being utilised on the Birmingham 1 project, the tallest building, so far, to make use of Corefast in the UK.

The new development is being constructed by Ocon Construction and the focal point is an 18 storey glass and zinc clad tower. The entire project consists of four blocks, including the tower and 1,320t of steel will be used. It is the core of the main tower which is being constructed with Corefast.

Located on a busy intersection of the A38 Bristol Road – the main route into Birmingham – the development will provide halls of residence for 604 students, as well as a luxury leisure suite and an internet cafe.

Construction began on site in January and is scheduled for completion in August 2007, just in time for the new university term. Using Corefast to create the central core of the tower was recommended by Henry Smith, the steelwork contractor, as the steel system uses Corus’ Bi-Steel panels and allows for very rapid core construction.

Ocon Construction estimates that using this system will save approximately five weeks on an 86 week construction programme. Construction Director for Ocon Construction’s Midlands Division Steve Dando says: “Although we are a fairly new company, we were not afraid to take on this innovative way of constructing building cores.” 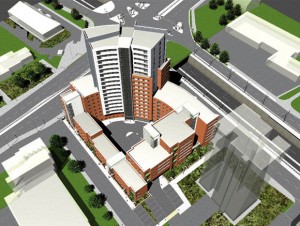 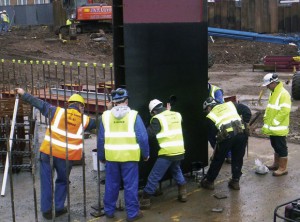 The first Corefast modules are lowered onto the foundation 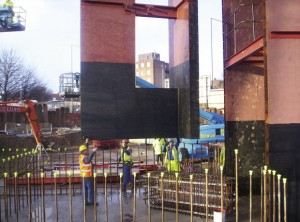 The first Corefast modules being lower into position 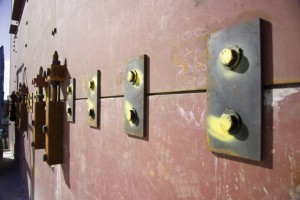 The prefabricated panels are simply bolted together on site

Each Bi-Steel panel is made up of two steel plates spaced 200mm apart, these are connected by a series of welded steel bars spaced at 300mm centres. Interestingly, Bi-Steel was originally designed and used for industries such as defence, due to being ‘blast proof’.

Corefast was developed using these panels to provide an extremely strong and durable structural core that is quick to erect and allows buildings to be constructed as complete steel structures. In addition, the walls of the core can be reduced in thickness to approximately 60 per cent of a concrete core of equivalent strength. Each module is entirely pre-fabricated before being transported to site, including pre-drilled and with nuts already in place to ensure quick and efficient assembly.

The first phase of constructing the core on site involved the erection of ten, 15m high, modules that created the first four floors. Each piece, weighing approximately 8t, was delivered to site and then upended, lifted into position and lowered onto starter bars from the foundation. As each module is put into place, it is bolted onto the previous module and ready for the next. Pre-fabricated stairs are lifted into the core along with other appropriate internal work being carried out during the erection process. Construction of the core for the first four storeys of the tower was completed in just five days.

Business Development Manager for Constructional and Industrial at Corus Bi-Steel Robert Fisher comments: “Erecting the Corefast modules is just like putting together pieces of Meccano. It is a simple flat pack that is delivered to site and then pieced together.”

Having completed the initial core erection, the Bi-Steel panels are filled with concrete to allow the core to reach its full strength. After completion of the lower floors the next ten Corefast modules, each weighing 4-5t, are lifted into place and bolted to the previous modules below, extending the building two storeys at a time. The steel core is being erected in conjunction with the main frame steelwork which is progressing at a rate of approximately one floor per week.

A total of 1,706m² of Bi-Steel panels will be used for Birmingham 1, to complete the core, which had to be carefully designed to splay at the correct angles to accommodate the architectural curve of the tower.

Gerard Kitching, Managing Director of Henry Smith says: “Using Corefast maximises off site manufacture. It cuts down on site construction time and more importantly it reduces health and safety risks involved with this sort of project, such as working at height.”