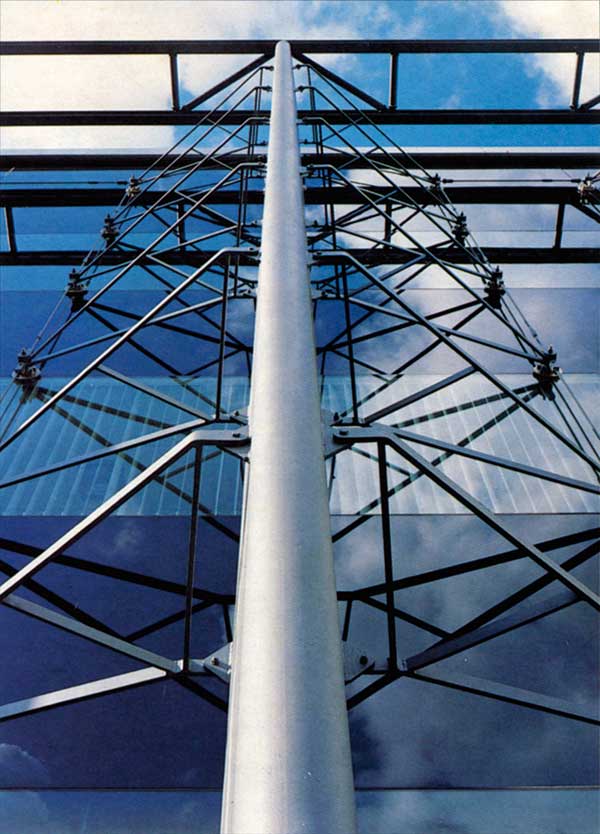 The site is at the former East India Dock, London Docklands.
Two state-of-the-art printing presses, which were already on order had to be accommodated in a new printing hall. Associated with this were publishing, production facilities, bulk paper storage and despatch areas amounting to a total of 14,000 sq m (150,000 sq ft). The building had to be ready to receive the printing presses within twelve months of the initial briefing session and completed ready to start printing six months later. 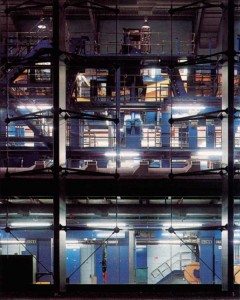 The building is a clear statement of its internal organisation with the two large and intricate printing presses visible to commuters on the A13 through a 16 metre high 92 metre long glazed wall. To achieve this large glazed screen within the context of the building a special glazing and structural system was developed within the very tight programme. This included modelling and testing of full scale prototypes.

One of the aims of the development is that the building will not only fulfil its function but become a landmark and identify The Financial Times with the overall Docklands development.

The steel-framed building was designed with the economy of industrialised building techniques in mind. Both a fast construction time and a flexible building capable of future expansion have been achieved. The building configuration allows for a doubling of printing facilities. The glazed walls utilise a frameless structural glazing system and the remaining areas are clad in a specially developed and tested panel system using super-plastic aluminium. 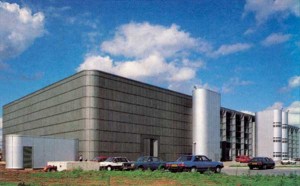 The structure contains over 1500 tonnes of structural steel, much of it being complex fabrication. Thirty aerofoil columns each 16.5m long, were erected around the perimeter of the building, with lattice columns and roof trusses up to 20m long used in other areas.

Three gangs of erectors working to an erection sequence of 21 phases completed the programme in only 10 weeks.

Judge’s Comments:
Structural steel was chosen to provide not only economy and speed, but also to create an elegant and pleasant working environment. The facade, in particular the glazed wall, is ingenious and very successful although the same attention to detail is not reflected in the interior of the building.