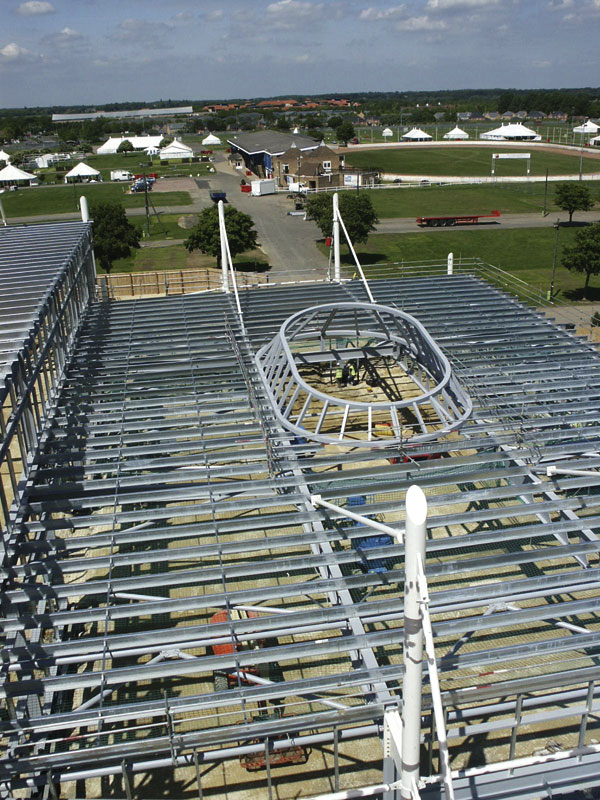 A £7.8M development programme set to transform and enlarge the East of England Showground in Peterborough, is progressing on schedule for a November 2007 hand-over.

The project, which got under way in October 2006, includes the construction of a clear span Exhibition Centre and Atrium covering 5,583m², which will be linked to existing facilities, giving an overall covered area of 14,000m².

Steelwork contractor D A Green & Sons, working on behalf of main contractor Linpave Building, will complete steel erection at the end of June.

D A Green Contracts Manager, Ian Burchnall, said the best way to construct the spans was to erect the two end sections on temporary props and then lift in the middle piece between them to allow the required preset to be achieved. The Hall is also formed by a series of 20m-high 508mm diameter CHS’s, spaced at 10m intervals, which support the braced roof via 90mm diameter pin joints.

The Atrium also features a 5t rooflight frame (pictured above) which was  delivered to site in two sections, bolted together and then lifted into place in one piece.