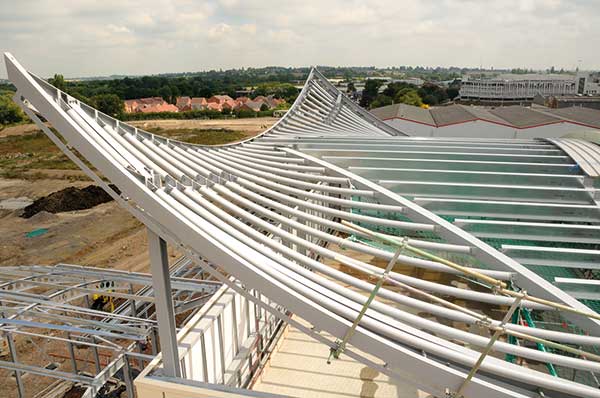 Comprising a number of single, two and three storey structures, which are attached to form an inner courtyard, the project required steelwork contractor D.A Green & Sons to fabricate and erect 715t of structural steelwork.

One of the feature elements of the project is the roof of the college’s fine arts block which turns up at two corners. Known as the ‘quiff’, this complicated steel roof structure was entirely formed with CHS sections and hot rolled purlins.

The college also features a curved sports hall which was constructed with a series of curved Westok beams. The hall will be suitable for basketball, five-a-side football, badminton and indoor hockey, and also includes changing facilities and a multi-gym.

Main contractor for the project is St Modwen Developments and the college is due to open in the Summer.