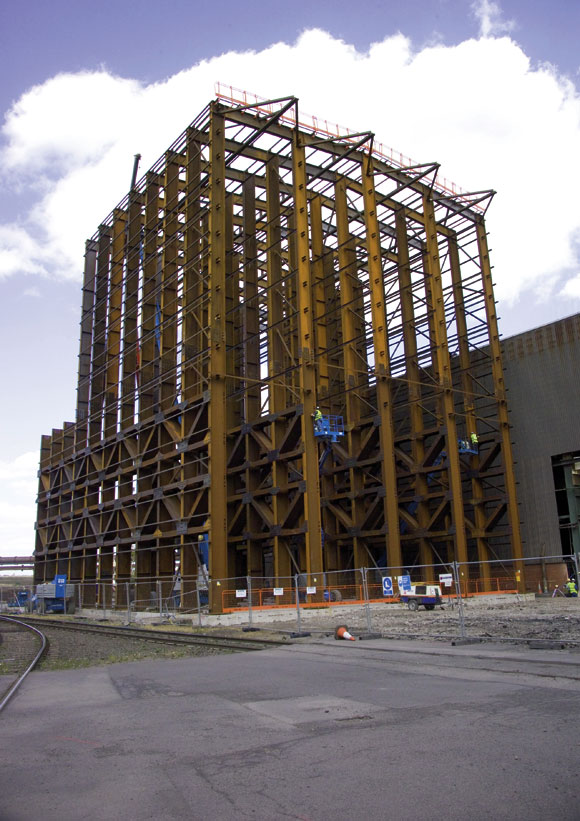 The new Automated Distribution Centre now under construction for Corus at its Scunthorpe works required an extremely rigid structure to guarantee its successful operation. The use of steel bearing piles ensured that the foundations were up to the task.

Imagine a giant IKEA type racking system, but instead of bamboo furniture it is holding bundles of heavy steel sections on 24 levels of supports until an automated crane system plucks the bundles off and takes them away and loads them onto trucks or rail. That gives you some idea of the massive new Automated Distribution Centre (ADC) now under construction for Corus at its Scunthorpe works.

“The whole structure has been designed around the need for very tight tolerances which will allow the building’s automated stacking system to pick up and set down bundles of steel which will weigh up to 6t,” explains Mr Clayton.

Paul Saddington, Corus ADC Project Manager, says: “When open Scunthorpe’s Automated Distribution Centre will be able to store up to 17,000t of steel sections completely under cover and protected from the elements.

The new facility will not only enhance Corus Construction and Industrial’s end product quality for sections, but it will also minimize handling-time and increase load flexibility, while also improving safety standards. All these factors together will ensure that all products are dispatched on time in the best possible condition”.

The ADC is a very substantial building, housed within a steel-framed warehouse, which measures 159m in length, has a width of 25.7m and is just over 30m high.

The building has four aisles running the length of the structure and each of these lanes comprises 24 different levels for storing stock. An extremely rigid structure had to be guaranteed as the facility is being built to exacting tolerances to cope with the need to support the stock contained within it and enable the computerised cranes to function correctly.

In addition the infinite array of possible load combinations, meant that a foundation solution had to be found which could ultimately guarantee the required rigidity of the structure above ground.

“We originally thought about a concrete raft for the foundations, but after surveying the site we knew it couldn’t adequately support the building,” explains Mr. Clayton. “We needed extremely rigid foundations without the risk of differential settlement and so the only solution was piling.” The new ADC was built on a backfilled area adjacent to the existing Medium Section Mill where no building work had previously been undertaken, as it had been used as an open storage area. 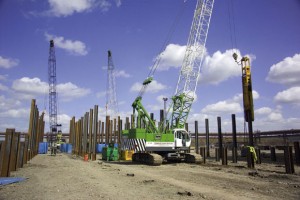 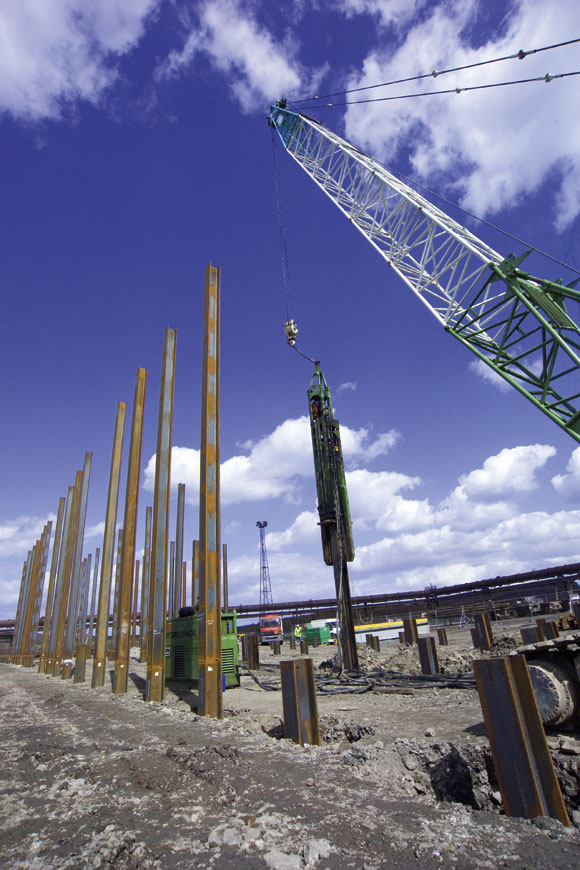 the ADC will ensure all stock is stored under cover 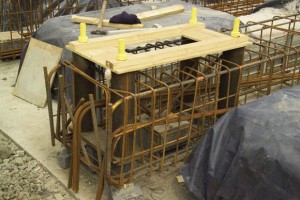 A site investigation indicated underlying limestone at 22m on which it was intended to found the piles to achieve their initial designed working loads of 2000 KN.

“It was at this point we chose to use steel bearing piles for the project,” says Mr Saddington. “Driven steel piles are best in these conditions, they’re quicker and there’s no resulting spoil to deal with using this method,” he explains.

The civil engineering contractor for the project was Clugston and its work included the piling as well as installing the concrete slab.

“The required capacity was an important driver in the whole construction process,” says Neil Webster, Clugston’s Site Manager. “So a total of 316 piles were driven, one for each of the ADC structure’s columns. Consequently we have nearly as much steel under the structure as in the building’s main frame.”

Beginning in February, the entire piling operation was completed in a 14-week programme by two piling rigs. All the piles were Corus Advance 305 x 305 x 186 UKBP units manufactured at Corus’ Teesside Beam Mill and were installed on 3m by 6m grid to match the column spacing of the ADC. The 305 x 305 x 186 UKBP was selected at it is a very ‘driveable’ pile and also gives a high load capacity.

The likelihood of finding obstructions was also deemed to be quite high as the piles were being driven through backfilled material that was made up largely of unknown material and clay. “Using steel piles meant that if we encountered any obstructions during driving, the pile wouldn’t be damaged. Hitting obstructions with a pre-cast concrete pile could have resulted in cracking below ground level which may have gone unnoticed until it was load tested when replacement would be difficult.” says Mr Webster.

As the superstructure design progressed, the loads on individual piles increased from 2000 KN to 2500 KN. To meet the tight construction programme, pile installation was already in progress and it was found that to achieve the required set for the higher load, the piles had to be founded at a depth of 28m on ironstone rather than the limestone at 22m. Once again, the decision to use steel bearing piles proved to be advantageous as it meant that this last minute change could be accommodated by simply extending the piles.

The piles were designed to be installed in one 10m-long length, with a second 15m-long section welded on and then driven into the ground. “Fortunately, steel bearing piles lend themselves to extension, so welding on a third section wasn’t a major problem,” says Mr Webster.

“This ensured that the columns were going up in the right position and it also made the subsequent erection of the main steel frame much quicker,” says Mr Clayton. “All the steelwork contractor had to do was bolt on the columns in the full knowledge that the positioning had all been taken care of.”