Commitment to innovation with steel 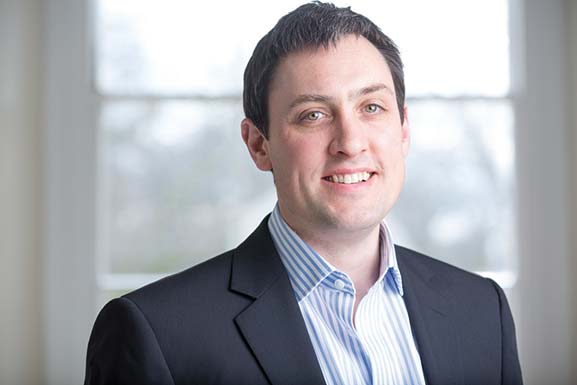 Nick Barrett meets Paul Westbury of Buro Happold, an engineer who has helped design some of the most prestigious steel structures of the last 15 years.

There are very few high profile living engineers but you just might have heard of Paul Westbury CBE. His list of achievements and contributions to the construction industry reads like the CV you could only ever dream of. For example at the tender age of 30, he was made the youngest ever partner and director of leading international engineering consultancy Buro Happold and that’s just the beginning… 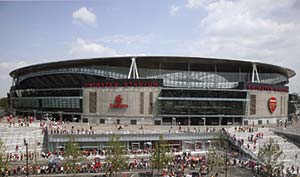 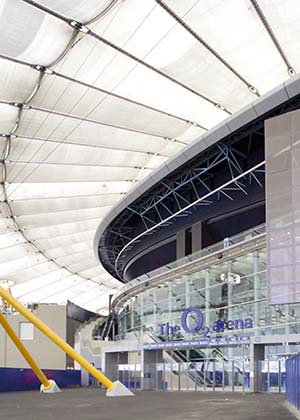 Five years ago, in 2008, he became Managing Director of the company’s European business; he became Chief Executive Officer in 2011; he has been referred to as the Peter Rice – of Sydney Opera House fame – of his generation; and in January this year he was made a Commander of the Order of the British Empire (CBE).

Add to that his Gold Medal from the IStructE last year and the awards for the high profile major projects he has worked on including the London 2012 Olympic Stadium; the Emirates Stadium in London; Ascot racecourse; the Millennium Dome at Greenwich; Aviva Stadium, the new home of Irish football and rugby in Dublin; and the 2006 Winter Olympics Speed Skating Oval in Turin.

In addition to all of the above, Paul graduated with a first in engineering sciences from Cambridge University, has been named one of the UK’s Top 100 Scientists by The Times and recently joined the judges of the newly launched Queen Elizabeth Prize for Engineering, which marks world changing engineering advances. His work on the Millennium Dome won him the 1999 Royal Academy of Engineering MacRobert Award for Innovation – the first construction project to win the award since the Severn Bridge superstructure some 30 years before – and in 2008 he was awarded the Royal Academy Silver Medal for his personal contribution to engineering.

And of course, Paul is a Fellow of the ICE, the IStructE, the Royal Academy of Engineering and the Royal Society for Arts, Manufacture and Commerce.

It’s exhausting just writing all of the above, let alone actually achieving it in such a short working life. And he’s even great to work with, as colleagues at Buro Happold and others who have worked with him speak only glowingly about his abilities and his modest personality.

Not that the sport loving, outgoing engineer is self-effacing – he doesn’t have time for that, or any other, kind of front, running 27 Buro Happold offices across the world while heading up its burgeoning Sports and Entertainment business – but this fit, relaxed and youthful looking 41 year old does still have his feet firmly on the ground. He doesn’t choose to talk much about his own achievements; “It’s on our website,” is about all the detail he likes to give, but his commitment to improving the engineer’s lot in society comes across strongly.

Structural engineering is fortunate to have landed Paul as a champion – he started out with an interest in electronics first and his general engineering degree was sponsored by the defence giant Marconi. “I became more interested in structures as my degree went on, and slowly moved away from electronics. I am glad I was able to do that and I think we specialise way too early in our education system and having a breadth in education is important and I was lucky to have had the opportunity to explore.”

Buro Happold has weathered the economic storms of recent years rather well, with 1,500 staff, 80% of whom are engineers. About two thirds of their work is overseas, but that is not a major change. “My job is really about setting strategic direction and helping our engineers to be more efficient and effective.  The role is to lead the business, not to run it, there is a subtle difference.”

In 2002 Paul established and led the Buro Happold Design and Technology Board, set up to promote blue sky thinking and innovation. “Promoting innovation is a key role for me because without it a company like Buro Happold will die. We do this by getting the most out of our talented teams. There are no single big names any longer, we have to work together in multidisciplinary teams.”

Although steel construction has been behind almost all of the major projects Paul has worked on, particularly the sports arenas, his earliest success was on tensile structures. Steel has featured in his portfolio ever since. “For all of the major projects I have been involved in steel has featured prominently. I like to use steel in my structures, it can be so expressive. Big span projects like stadia are engineering led and working with architects who understand their engineering is a joy, but at these 200m and 300m spans, it is all about steel at this scale.

“We pretty much know everything that we need to know about steel, about how it will behave in structures and there is an availability of manufacturing expertise in the steel industry going back centuries that we can rely on.

“UK steelwork contractors are excellent and their expertise is genuinely world leading. We like to get them in on projects as soon as possible, but not too early; we need to have space to do our own dance first otherwise there can be a danger that we won’t explore new avenues. Embracing their fabrication skills and industry know how means that we can create better solutions every time.”

Paul is making no predictions about what the next major success will be in what has already been a remarkable career. “I can’t see myself doing anything other than the job I have though,” he confesses. “I am well aware that I am standing on the shoulders of giants and I just hope to be able to continue to make the best contribution that I can. The past five years have been tough for the whole industry but I remain optimistic that we will be travelling on to even greater things.”

Boost for status of engineering

“Improving the status of engineering in society is something that I am passionate about and determined to do as much as I can to improve,” Paul says, “so I was delighted as well as honoured to be invited to be involved in the Queen Elizabeth prize which is a big opportunity for engineering. For the Queen to put her name to it is tremendous. It is the only major global prize available to our industry to actually have engineering in its title, and I am optimistic that a construction engineer can win it one day.

“Engineering underpins everything we do in our society, it is the essential profession that makes our modern way of life possible, and there are success stories to be told every day, but somehow in the UK in particular this has become forgotten; we really need to change this and champion the engineer as the solution provider.”

‘There is always a market for good engineering but too few clients acknowledge that it is the engineering that they need and should value when they commission projects. We engineers need to do more ourselves to make people aware of our vital contribution to society, instead of letting those with the loudest voices and the arm wavers capture all the credit.

“We celebrate the complexity and fail to explain the simplicity of our design ideas. Engineers are so focussed on the next challenge that they forget to celebrate their solutions to the last one, but if we could harvest just 5% of the time of our engineers to communicate the great stories we have to tell, then we could transform our image.’