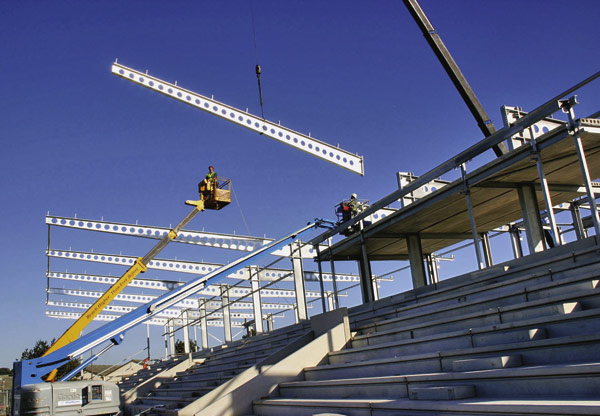 Structural steel provides the striking structure of Burton Albion’s new 6,000 capacity £6.5M Pirelli Stadium,  which has been built as part of the club’s bid for promotion from the Nationwide Conference.

Conder Structures designed and manufactured 585t of steelwork for the four perimeter stands which each incorporate a cantilevered roof formed with elegant tapered cellular beams.

The Nigel Clough-managed Brewers won their final home game at old ground Eton Park on 19 April, and when they move into the new stadium on 1 July will be able to claim to have the most impressive ground outside the Football League.