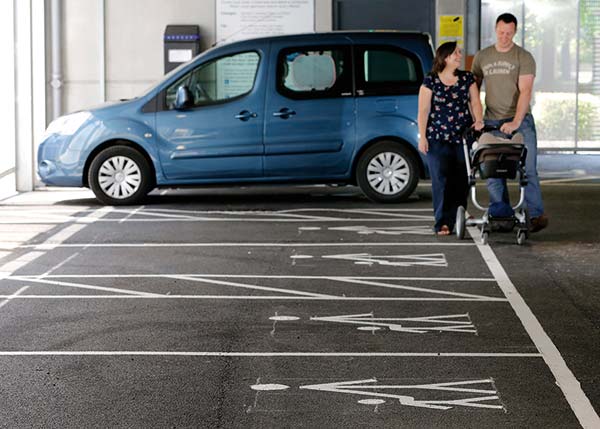 A new 269 space multi-storey car park has been opened in the centre of Merthyr Tydfil as part of a wider regeneration scheme.

The façade is lit with feature lighting providing a focal point for the new town centre. Additional features include CCTV, dedicated parent and toddler parking, card payment options and an open stairwell; making it easier and safer to park.

Nick Hayes, Managing Director at Bourne Parking said: “The car park has been designed to complement the on going regeneration of Merthyr Tydfil, as well as delivering much needed additional parking. Despite adverse weather conditions, including the heavy snow which disrupted work earlier in the year, we are pleased the building has been completed on programme. Working seven days a week and engaging with Merthyr Tydfil Council was key in meeting the completion date.”

Leader of Merthyr Tydfil County Borough Council, Councillor Brendan Toomey, said: “I commend Bourne Parking and the local businesses involved for keeping on track with the programme of work despite the bad weather, which could have impacted on the expected completion date.”