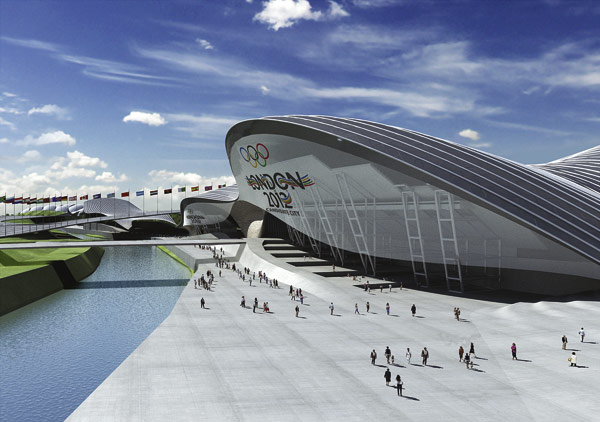 Zaha Hadid Architects has been chosen to design London’s Olympic Aquatics Centre, which will form part of London’s Olympic Park in Stratford. Structural design will be by Ove Arup and Partners.

Mayor of London Ken Livingstone has pledged that the structurewill be built whether London wins the 2012 Olympic bid or not. The structure, with a spectacular sinuous roof, supported by a 100m arch, is expected to be built in steel.

Keith Mills, Chief Executive of London 2012, said: “This is an outstanding design that will create a spectacular building, delivering the essential ‘wow’ factor for the 2012 Olympic Games and Paralympic Games. It will then be cleverly transformed following the Games by taking away the majority of the 20,000 seats, turning it into more intimate spaces suitable for community use. It gives the community a lasting sporting legacy.” The centre will also have an extensive health and fitness area to contribute to the long-term viability of the building.

Lord Rogers, of the Richard Rogers Partnership, who co-chaired the panel that chose the design, said: “This building has an exceptional sculptural quality that will make it a wonderful building to visit, attracting people to East London.”

The International Olympic Commission will announce which city has won the bid to host the 2012 games in July. 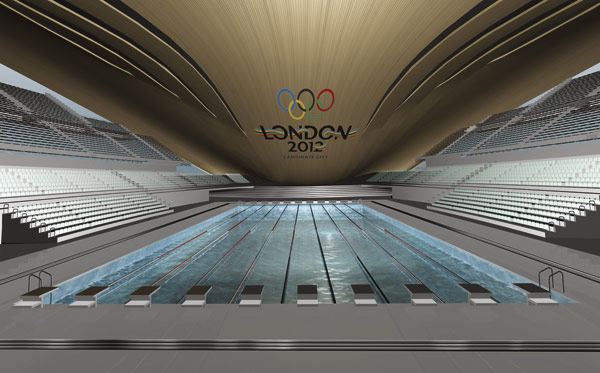