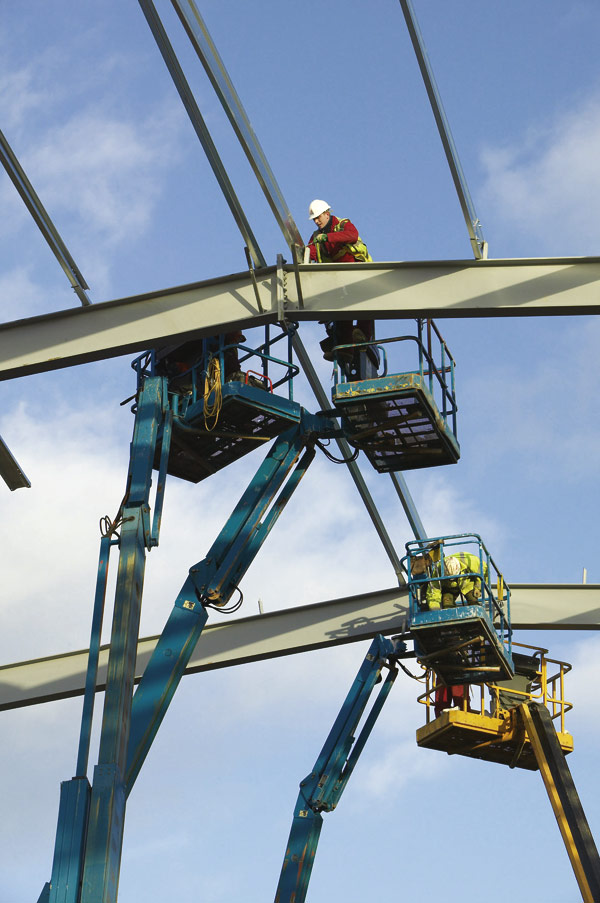 Atlas Ward took just eight weeks to erect the main frame of a 72,800m² distribution centre in the North-East.

The project comprises over 2500t of steelwork and the company used seven cranes and 18 cherry pickers to meet the programme.

The structure, at the Faverdale East Business Park in Darlington, will be the third regional distribution centre for Argos Direct, serving the north of England, Scotland and Northern Ireland.

Atlas Ward Senior Project Manager Bill Armstrong said that keeping all the plant working presented few problems because of the size of the project. “The main warehouse is a four-span building so we could split the plant between different areas. At one stage we were working on four or five fronts at once.”

The main warehouse consists of four 38m span portal frames, with 49 bays of 8m each, making the structure nearly 400m long. In addition there is a 15m x 120m office and two ‘pods’ for goods in and out. Atlas Ward was responsible for design, fabrication and erection.

Atlas Ward has worked with main contractor Bowmer & Kirkland on numerous occasions and is an integral part of the supply chain. The business park, located a mile from junction 58 of the A1, is an important strand in Darlington’s regeneration strategy. The distribution centre covers around half the 34ha site and should be fully operational by the end of summer 2005.