Prices for all construction materials are rising and fabricated structural steelwork is no exception, despite the background of falls in crude oil and iron ore prices, as Gardiner & Theobald warns in its latest structural steel cost analysis.

Raw steel prices have been falling under the influence of world iron ore prices, but raw steel accounts for only between 30% and 40% of structural frame costs. Other cost pressures are pushing prices for structural steelwork up from the unsustainable levels of recent years.

Steel producers have increased UK sections prices by £20/tonne this year against a background of rising demand and falling material prices, but still depressed margins. Independent researchers Construction Markets have forecast that UK consumption of structural steelwork will increase by 9% in 2015, following the 6% rise of 2014. Gardiner & Theobald (G&T) says further manufacturer price rises can be expected in 2015 as demand continues to improve as forecast.

G&T has incorporated new price information into an updated cost model used in 2012 for a Cost Comparison study that analysed two typical commercial buildings to provide cost and programme guidance to inform the design and selection of a structural frame (see below). For this update of the cost model G&T increased all general cost items by 2.8% to reflect the final quarter of its 2014 forecast of 6% average tender price inflation for London, and the first quarter of a forecast rise for 2015 of  5%.

The steel composite beam and slab option remains the most competitive for Building 1, as Figure 1 shows, with the lowest frame and upper floors cost and lowest total building cost.

Costs shown in the structural steel frame cost table, Figure 3, reflect tender price rises seen in the last quarter of 2014 and those expected in the first quarter of 2015.

G&T says typical costs are based upon the particular project being attractive to the market and the selection of an appropriate procurement route. In overheated market areas G&T warns that care needs to be taken with the procurement strategy – if it is not well thought through and doesn’t respond to market conditions, the cost impact on individual tenders could be dramatic.

G&T says that a move away from single stage fixed-price procurement routes, which was seen first in London and the South East in mid-2014, is spreading to the regions, partly as the market tries to overcome a shortage of mid-range contractors.

Contractor’s attitudes to risk transfer and complexity have hardened as pressure on estimating resources has grown with the rise in market demand, and as a result the number of tenders being submitted for many projects is below what would have been expected until recently.

The BCIS location factors (produced by the Building Cost Information Service of the Royal Institution of Chartered Surveyors), reflecting regional differences in construction costs, show that the gap between the City of London, the majority of regional cities and the UK mean of 100 has narrowed as the economic recovery picks up pace across the UK (see Figure 4).

G&T concludes that looking to the rest of this year and beyond, the forecast increase in demand for construction across the UK along with increased wage expectations and rising material prices mean that estimates for projects should include substantial allowances for anticipated inflation. 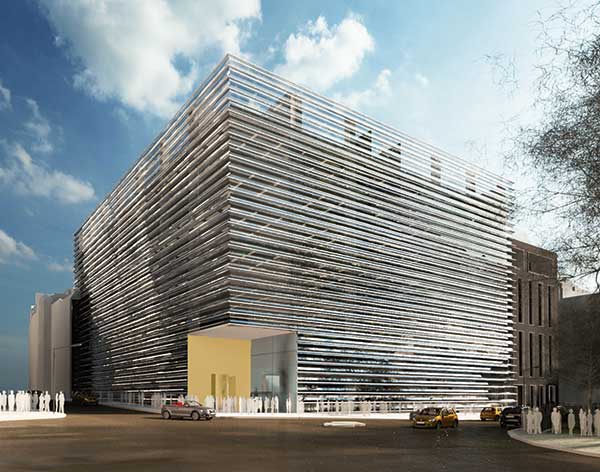 Building 2 is an L-shaped eight-storey speculative city centre office building with a gross internal floor area of 16,500m² and a 7.5m × 15m grid. Cost models were developed for a steel cellular composite frame and post-tensioned concrete band beam and slab, being two frame and upper floor types that could economically achieve the required span and building form.