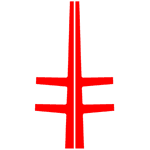 The shortlist for the 44th Structural Steel Design Awards (SSDA) has been announced by the BCSA and Tata Steel.

Contrary to the tough market conditions the construction industry is experiencing, the number of entries for this year’s awards has increased, resulting in a shortlist of 29 projects.

The shortlist, as usual, reflects the geographical spread of steel’s appeal for a variety of projects ranging from heavyweight industrial plants to houses and sculptures, across the UK and the Channel Islands.

David Lazenby CBE, Chairman of the SSDA Judging Panel, said: “As in recent years, we have a good crop of ingenious and elegant footbridges, as well as heavy duty rail bridges and motorway structures. The buildings include welcome improvements to the transport infrastructure, commercial offices, facilities for the arts and sciences and health, and the continuing activities in energy-from-waste and power generation.

“Structures for the 2012 Olympics have now come through to fruition. I am always pleased that we have “little gems”, which are certainly not too small to impress!

“Altogether this is an outstanding representation of the skills and imagination of the industry, and a great response to the tough environment in which it operates. Congratulations are deserved by all the project teams, because without exception the work is praiseworthy. I am sure that we will have a wonderful array of winners in due course.”

The winners of the 2012 SSDAs will be announced at an evening reception in London during July.