Posted on July 1, 2009 by NSC2 in Certificate of Merit, SSDA Awards 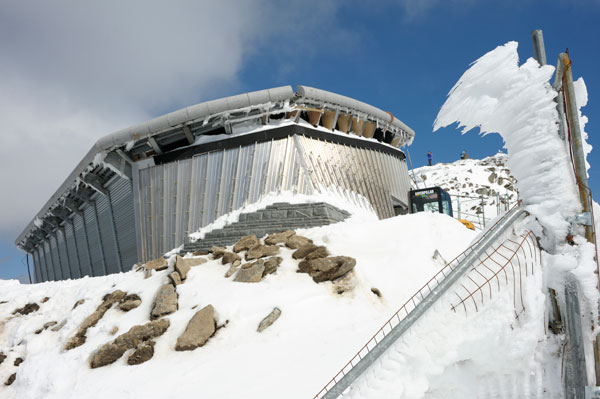 A host of unusual challenges were overcome to complete a visitor centre on the summit of Mount Snowdon.

Working on the highest point in England and Wales was an immense challenge,” says Andrew Roberts, EvadX Project Manager. “Getting all of the materials, plant and personnel to the summit was a unique challenge.”

Conveniently Snowdon has a mountain railway and this provided the contractors with a viable transport route to the top. All of the steelwork was bundled into 11m-long packages so it would fit onto the train’s flat bed carriage.

Once materials were on-site the construction team were very much at the mercy of the elements. “It can be a bright sunny day at the bottom, but windy and raining at the summit,” says Mr Roberts. “The weather is extremely changeable, even in the middle of Summer.”

Work on the project effectively began with the demolition of an existing Snowdon visitor centre and this took place in 2006. Once the ground was cleared the concrete foundations were installed to allow EvadX to begin its steel erection programme in May 2007.

The finished visitor centre consists of a large cafe with washrooms and information area, medical facilities and an emergency overnight shelter. Attached to the centre there is a 60m-long steel framed lean-to structure which houses a new platform for the railway, plant rooms and staff accommodation. 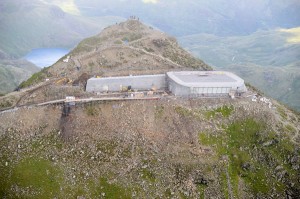 Consequently the columns are predominantly 254 x 254 x 73 UC sections at 3m centres along the perimeter, while at the corners, where the columns change sloping directions, there are double 250 x 250 SHS sections.

Summing up the judges say rarely can a site and logistics be more challenging than this.