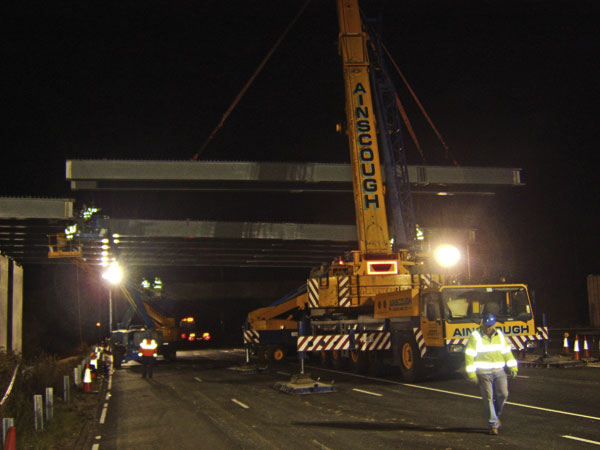 Rowecord Engineering has fabricated, supplied and erected a total of seven new steel bridges over the M1 motorway, as part of the on-going widening scheme taking place between junctions 6A and 10.

Main contractor Balfour Beatty/Skanska joint venture is widening the motorway to four lanes, with continuous hard shoulders, in both directions on a 17km-long stretch of highway from the M25 through to Luton.

The J8 bridge was the last structure that Rowecord fabricated and erected. This 115m-long bridge was lifted into position in four main sections per span, each weighing 35t.

All of the bridges are supported on mid-carriageway concrete pillars and concrete abutments.

The erection programme involved a number of nighttime closures of the M1, as well as some rolling block closures. Rowecord estimated that the majority of lifts were completed in six hour possessions.