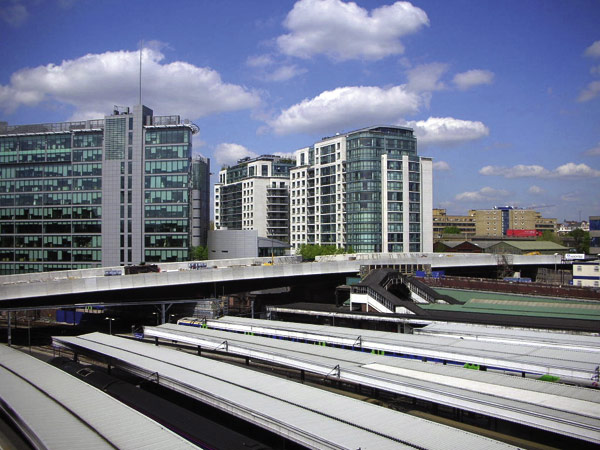 The complex structure has taken two and half years to construct and represents the biggest ever council-led road project in London.

Cleveland Bridge fabricated and supplied all steelwork for the 175m-long, 5,400t bridge, which included girders varying in size from 1m deep to 2.75m deep.

Councillor Robert Davis, Westminster Council’s Cabinet Member for Planning said: “This is an incredible feat of engineering delivered on time and on budget.”

The bridge has four spans, two of which were constructed conventionally with the steelwork being craned into position, while the other two were launched in two separate stages. This complex procedure required a number of jacks, rollers and temporary steelwork.

Replacing an old narrower bridge, the new structure is expected to carry 2,000 vehicles an hour at peak times.

Interestingly, coinciding with the two hundredth anniversary of the birth of Paddington Station designer Isambard Kingdom Brunel, workers during construction unexpectedly unearthed what is believed to be his earliest surviving iron bridge.

It was encased inside the old Bishop’s Bridge and has since been dismantled with a view to erecting it on a nearby site.