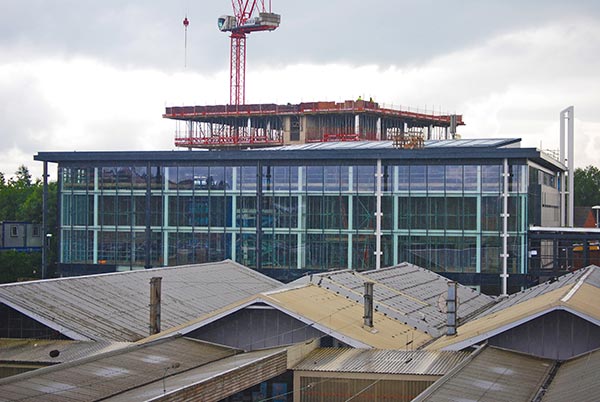 During August Northampton’s new railway station building, which is twice the size of the existing facility, will be officially opened.

The project also features a new steel framed footbridge, giving access to all of the platforms.

“The design for the station and bridge is steel framed for its speed of construction,” said Andy Latham, Project Manager for main contractor Buckingham Group Contracting. “The bridge was brought to site in prefabricated sections, while the main building was erected quickly by Billington Structures as no sections needed to be longer than 15m, which helped achieve a fast programme.”

Having completed the first part of its contract Buckingham will start the demolition of the old station building, which will then free up land for a new taxi rank and drop off zone.