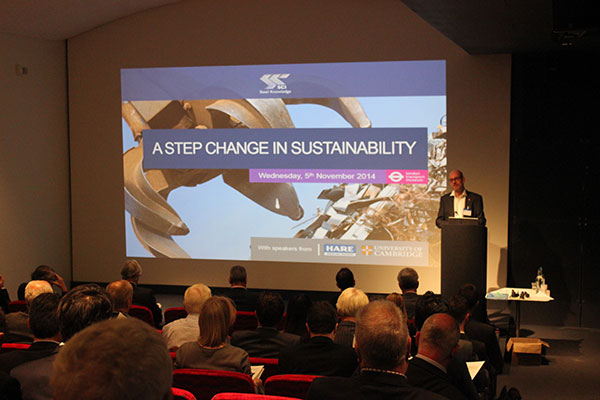 ‘A step change in sustainability’ was the theme of the latest Steel Construction Institute (SCI) annual event held at the London Transport Museum.

The guest speakers were University of Cambridge Professor of Engineering and the Environment, Julian Allwood (below left) and William Hare Senior Design Engineer Jonathan Davis (below right), who both posed the question, ‘is sustainability achievable and do we need it?’ 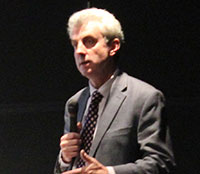 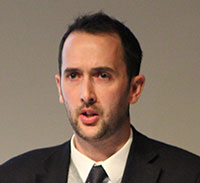 Professor Allwood’s speech was entitled ‘Adding more value with less new steel’ which focussed on a number of issues such as more reuse of structural steelwork and designing buildings with longer lifespans.

“Steelmaking accounts for approx-imately 25% of industrial carbon emissions and future demand for the material is expected to double by 2050,” said Professor Allwood. “Consequently the industry needs to look at better utilisation of materials and more cost efficient designs.”

Better use of temporary steel structures was mooted as a good idea by Professor Allwood as was the dismantling and reusing of supermarket buildings once their regular lifespan, which is usually 20 years, has been reached.

‘Economic and efficient design – the steel contractor’s view’ was the title of the address delivered by William Hare’s Jonathan Davis.

He stressed getting the steel design correct and cost efficient, while making sure the scheme was right for the design was always key.

“The optimisation of fire protection is also one of the most important steel design considerations,” said Mr Davis.

The event concluded with a question and answer session and the SCI AGM.