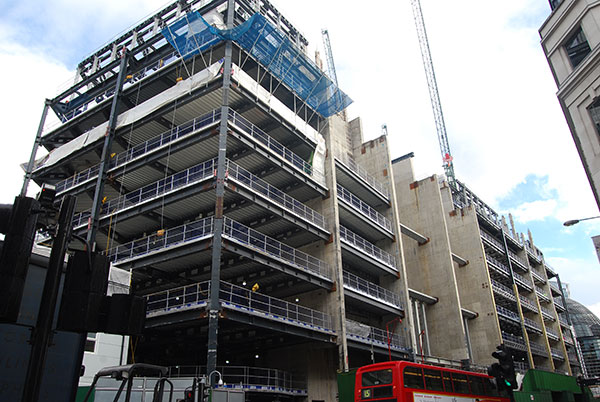 Steel construction is progressing on schedule for the new London headquarters for international media company Bloomberg.

The scheme will include some retail units at ground floor level and a new entrance to the Bank London Underground Station. Bloomberg London will also host a permanent public exhibition on the Roman Temple of Mithras which was originally unearthed on the site in the 1950s.

The project has been designed by Foster + Partners and the steelwork contractor is William Hare.