Riverside development rises beside the ThamesR 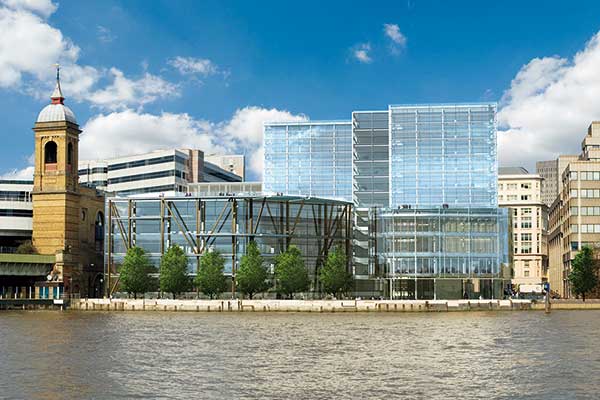 Located on Upper Thames Street in the City of London, Watermark Place is a new speculative office development totalling 46,451m2.

This steelwork total has included a two storey high, 90m long truss which was delivered to site in eight pieces, each weighing up to 40t.

Steelwork is scheduled to be completed by July and the entire project by late 2009.