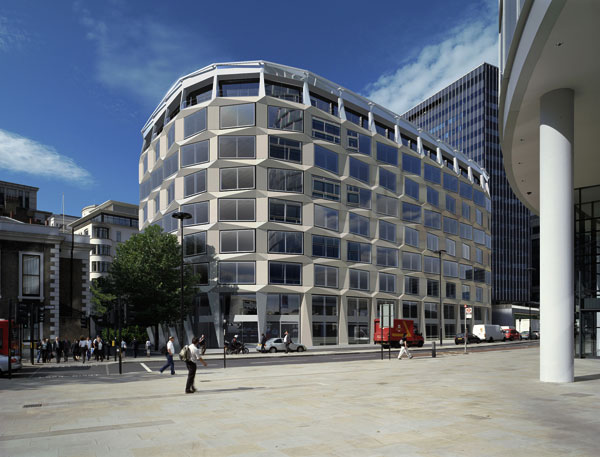 The highly original looking One Coleman Street building in the City of London is nearing completion and will be handed over to the client this Spring.

The steel framed eight-storey building will offer 17,000m² of office space and will become the new worldwide headquarters of Legal & General.

Situated on an island site at the junction of London Wall and Moorgate, the building is ovoid in shape and clad in distinctive segmental panels.

Richard Tarren, Contracts Manager for Severfield-Reeve said the unusual cladding meant the perimeter beams had the atypical slab edge profile shop fitted onto the beams to ensure that the slab edge was accurately formed.

“This was quite challenging, especially during the fabrication process,” said Mr Tarren. “But ultimately, it meant the cladding went up quicker and we had a lot less cutting and positioning of metal decking and edge trim at site.”

“The large transfer beam allowed one column to be taken out and ultimately opened up the loading bay area of the building,” explained Mr Tarren.