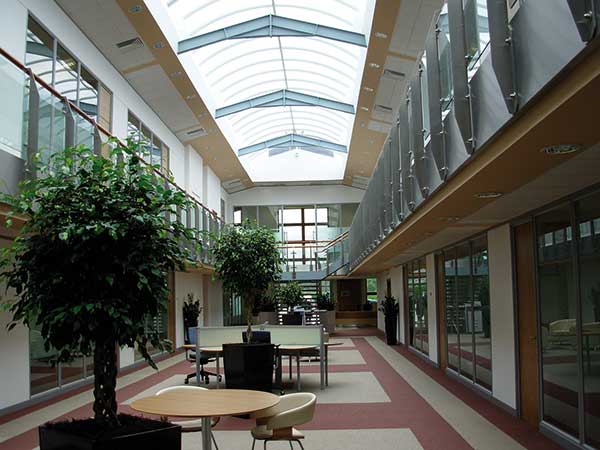 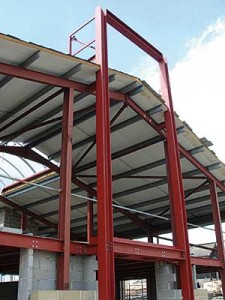 The BCSA’s new regional Yorkshire office has demonstrated steel’s sus- tainability credentials as the building was constructed with 82t of re-used steelwork.

Located at Carrwood Park near Garforth, the development will even- tually consist of five office blocks, three fully serviced and two lettable. The BCSA is one of the tenants in the first block to be completed by developer John Wilson.

The portal framed 1,800m2 structure was built entirely with steel from an old warehouse which was rede- veloped by John Wilson. All the sections were disassembled and then refabricated in to a new frame.

“This is something we do on a regular basis,” explained Oliver Wil- son Corrigan of John Wilson. “As a developer which started out in the agricultural building sector we have always recycled materials.”

Steel is never wasted when a building comes to the end of its life. “Structural sections can be re- used or infinitely multicycled into new steel, unlike other construction materials which usually end up in landfill,” said BCSA Director General Derek Tordoff.