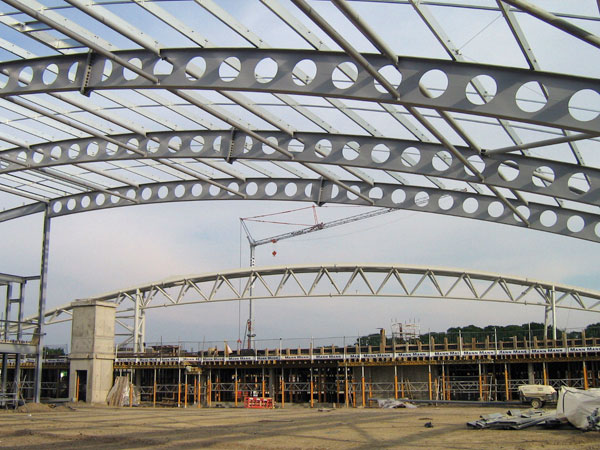 A new £25M sports and leisure centre in Harlow, Essex is one of the first major projects to get underway as part of the Harlow Gateway Redevelopment.

Known as the Harlow Leisure Zone, the facility will feature an eight lane, 25m long swimming pool, seating for 300 spectators and two multi use sports halls.

The sports halls will incorporate three covered tennis courts, eight badminton courts, four squash courts, a gym, while one hall will also be suitable for conferences, concerts and exhibitions.

Working on behalf of main contractor Leadbitter, D A Green & Sons is supplying and erecting all structural steelwork for the project.

One of the most challenging parts of the steelwork package involves the erection of a feature arched tubular curved main truss that spans the main pool hall.

The centre is scheduled to open in 2009 and has been chosen as one of the venues to be used as a London 2012 pre-Games training camp.