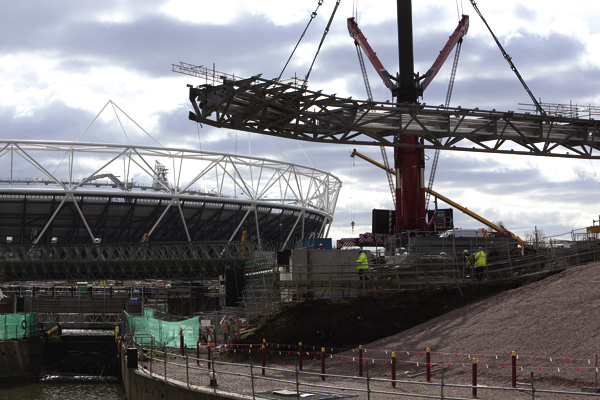 The initial sections of the Central Park footbridge, which spans the River Lea between the Olympic Stadium and the Aquatics Centre, and features both permanent and temporary elements, have been lifted into place.

The structure’s legacy structure features two footbridges linked by a central blade-like walkway, creating a ‘Z’ shape. During the Games a temporary deck will be placed between the permanent spans to increase the width to allow it to carry increased spectator numbers.

Work is being undertaken by Lagan Construction in conjunction with steelwork contractor Watson Steel Structures.