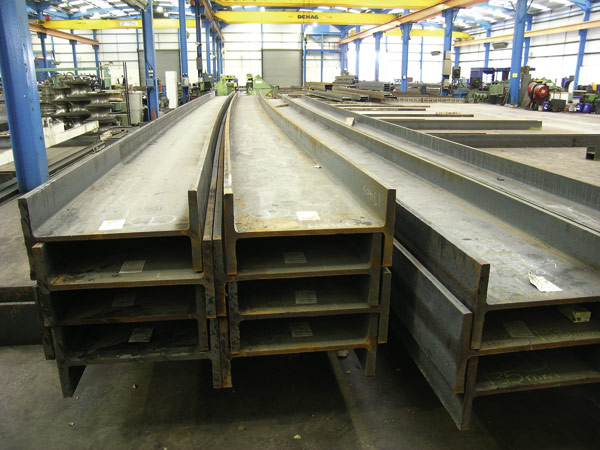 Barnshaws Steel Bending has successfully completed curving sections for the steel structure of the new Concourse 2 at Dubai International Airport. The work is part of a $2,500M expansion plan for the airport that started in 2002 and is due to be completed later this year.

Barnshaws work included curving large European beams and hollow sections to multiple radii along the same length of section. Some of the HEB 500’s and 200 x 100 RHS sections had up to 6 radii along their length, the tightest being a HEB 500 curved on the x-x axis to 4.5m radius. All of the sections were cold bent, to remove the need to heat treat them after bending.

“Cleveland Bridge & Engineering (Middle East) Limited chose Barnshaws as there were no other companies in Europe capable of cold bending the large amount of steel,” said Barnshaws Associate Director Greg North. Corus Group (Middle East) is also working on a section of the airport construction and also contracted Barnshaws to carry out the steel bending.

Barnshaws curved a total of 200 beams for the project and completed the work in 10 weeks using five different machines, including the worlds largest bending machine, that is capable of cold bending tubes up to 1524mm x 60mm thick.

When the expansion is completed the airport will be able to cater for nearly 60M passengers – more than double the current number – and will be able to handle the new Airbus A380 Super Jumbo.