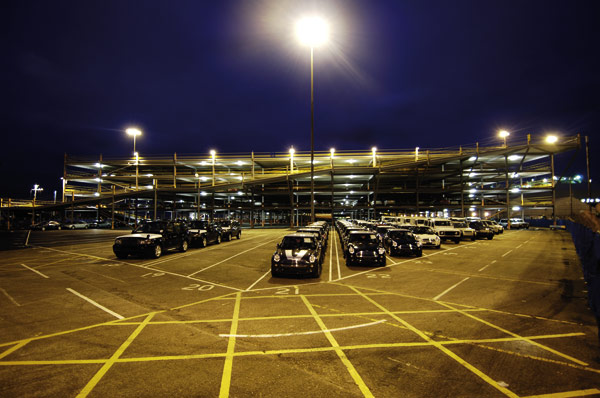 A new car storage facility at The Port of Southampton has been completed by Bourne Steel.

Constructed on behalf of Associated British Ports, the car storage building provides 2,293 spaces for cars awaiting export. The five storey flat deck building is equivalent to an additional seven and a half acres of storage capacity, with each suspended deck being 93m x 75m in size.

The £3.5M building has been designed to be extremely durable because of its proximity to the sea. A tensioned wire crash barrier was used throughout the car park and the columns were painted orange to lift the buildings appearance.

This economic form of multi storey car storage has saved a considerable amount of space and was built over an existing open surface storage area. The facility is now fully operational and is expected to store over 100,000 cars a year.