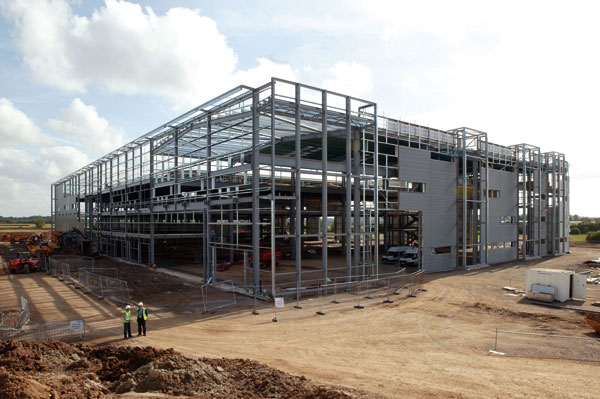 With the backing of some of the UK’s largest manufacturers and a major investment by Advantage West Midlands, the Manufacturing Technology Centre (MTC) near Coventry is rapidly taking shape.

The concept for the MTC is to provide a facility where leading manufacturers, research institutes and universities can develop and instigate new manufacturing techniques to aid industrial competitiveness.

“We have some very large steel sections in this structure,” said Caunton Engineering Project Designer Gavin Christie. “Each of the three portals contains an overhead crane which requires large beams to run on, while some of the supporting columns for the structure are not restrained lower down, because of the open plan design, and are consequently larger sections than we’d normally use.”

Steelwork for the project will be completed during October and main contractor Morgan Sindall expects to complete the job by summer 2011.