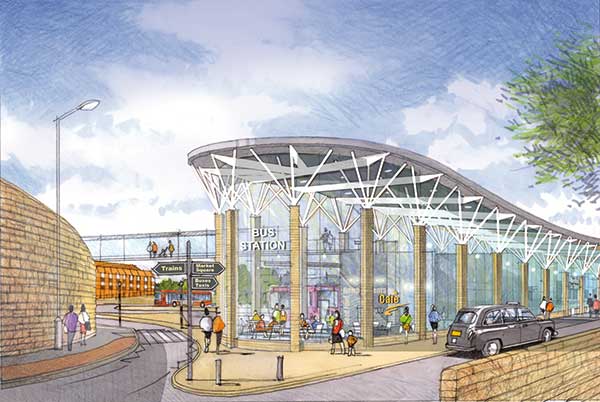 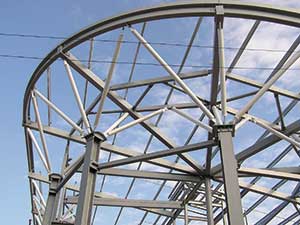 Working on behalf of main contractor Kier Central, Caunton Engineering has erected 220t of steelwork for the bus station and walkway.

“The link was delivered to site in four sections, assembled into two pairs and then lifted onto its piers with two lifts,” said Adrian Downing, Caunton Engineering Project Manager.

The majority of the steel columns in the bus station feature six tubular branches on the top which support the structure’s roof. Bolted to a cap plate fixed to the top of each column, the branches are an architectural feature and unlike the columns, which will be encased in stonework, they will be on show once the building opens.

Nottinghamshire County Council is leading the project and the bus station is due to open early in 2013.