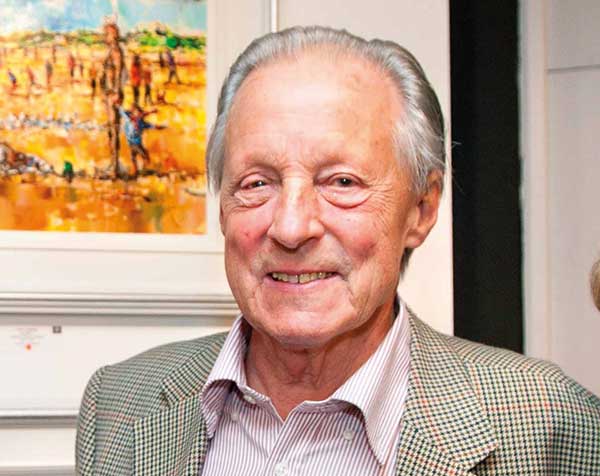 Leading engineer Victor Girardier, who is said to have presided over the revolution in structural engineering that occurred in the latter decades of the 20th Century, has died aged 80.

Initially as Chief Executive of one of Europe’s largest steelwork companies in the 1980’s, and then as Director of the Steel Construction Industry Federation (SCIF) in the 1990’s, Mr Girardier played a significant role in introducing computer technology into the steel industry.

Born Edward Victor Girardier in Salford in 1935, he was educated at Manchester Grammar School and left at the age of sixteen when he joined a local steelwork manufacturing company, Edward Wood, based in Trafford Park Manchester.

He trained to be a structural engineer and subsequently joined Redpath Brown, also based in Trafford Park. After nationalisation of the British Steel industry in 1967, the company became part of Redpath Dorman Long (RDL), a division of British Steel Corporation.

In 1975 he became Commercial Manager of RDL’s manufacturing division and then in 1978 Sales and Marketing Director of RDL International, targeting overseas contracts. In the early 1980s he was appointed Chief Executive of RDL.

In response to a request from the steelwork industry, Trafalgar House agreed to a secondment, and he was appointed the Director of the Steel Construction Industry Federation.

The industry was aware of the need for its three main organisations, the BCSA, British Steel and the SCI, to co-ordinate their market development activities.

Mr Girardier is credited with playing a leading role in this and his work was recognised with the award of a Fellowship of the BCSA.

After retirement he acted as a non-executive director for the Bone Group in the early 2000’s, and for Caunton Engineering for more than 20 years.

Victor Girardier died on 3 February 2016, and his wife, Hilary, whom he first met at primary school in Didsbury, survives him, as well as his son Simon and daughter Helen.