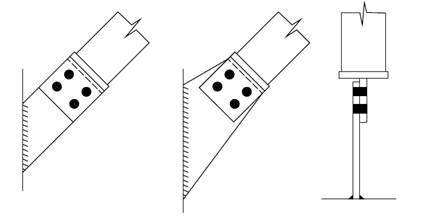 Fig 1: Gusset plates supported on one edge only

It should be noted that the advice given in the publication ‘Joints in steel construction – Simple Joints to Eurocode 3’ states:

‘Preferably, gusset plates in compression should be supported on two edges and be reasonable compact.’

In the case of gusset plates as connections in a bracing system (which consists of a bracing member, spade end and gusset plate) the following issues may be important when deciding how to model the whole system:

If the gusset plate is connected by a bolt group that provides good clamping action to a relatively stubby brace with a relatively stiff spade end, then the simple model assumed in the existing guidance may be appropriate, provided a suitably conservative value is chosen for the effective length. For a gusset plate connected on the skew it is not conservative to take the shortest distance between the last bolt row and the nearest weld attachment point.

The existing guidance shows the effective length to be the same as the system length for the gusset plate itself. In simple structural mechanical terms, this is equivalent to a model with the plate being assumed as fully restrained in position and direction at one end and being fully restrained in direction but not held in position at the other end.

In practice, a gusset plate supported on one edge would be welded all round at one end and clamped by the bolt group at its other end. If the clamping action of the bolt group is considered to provide only partial restraint in direction, then the effective length would need to be increased above the system length. In case of doubt, the conservative value for the effective length would be twice the system length for the gusset plate itself unless a small value can be justified.

In addition, the spade end on the brace itself may lack stiffness or the brace itself may exhibit curvature under load that results in an imposed bending moment on the plate. The effect of these would be equivalent to an eccentrically-applied load such that the simple assumption to ignore the eccentricity would be invalid.

Further guidance funded by BCSA and Tata Steel is on its way. In the meantime designers are reminded that the use of single-sided gusset plates should only be used for light loads and stiffened if necessary if a double sided attachment is not possible. The length of the gusset plate should be kept to a minimum and the effective length should be chosen on the most conservative basis. Furthermore, the effect of ignoring the eccentricity of the connected plates should be reviewed against the modelling assumptions for the behaviour of the whole bracing system.