Structural Fire Engineering, a rational and scientific approach to ensuring the safety of buildings, is increasingly popular, as delegates to a series of seminars have been hearing. Nick Barrett reports from the Fire Safety Engineering seminar in Glasgow.

At the seminar BCSA Fire and Sustainability Manager John Dowling explained the legislative background that covers the use of fire safety engineering, and current trends in its use. He said that Building Regulations, Approved Document B for England and Wales and Technical Handbook 2 in Scotland, tell designers what to achieve, but not how to do it. 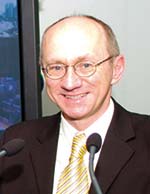 Designers were not however restricted to the use of the Building Regulations – they could use BS 9999 instead, which in many cases allowed fire resistance requirements to be reduced while maintaining the safety of a building in fire.

BS 9999 is based on an understanding of how different factors affect the risk of fire. It describes how fire ratings change depending on building height, the familiarity of the occupants with the building and whether occupants sleep on the premises; and the degree of their mobility. Fire load, compartment size and whether or not sprinklers have been fitted are also taken into account. Recently a new height category of over 60 metres has been introduced.

A point well made by several speakers including Mr Dowling was that fire safety engineering can provide an alternative approach to the prescriptive requirements of the Building Regulations, and may in fact be the only practical way to achieve a satisfactory level of safety in some large and complex buildings.

Mr Dowling quoted an Institution of Structural Engineers description of fire safety engineering, which says it supports a rational, scientific approach that ensures fire protection is provided where it is needed, rather than just applied in line with universal prescriptions that may over estimate its need in some areas while possibly under estimating it in others.

The use of intumescent coatings to protect steel, now dominates the UK market with around a 70% market share, with off site applied material contributing 20% of that figure. Board protection was still popular but historic techniques such as cementitious sprays had all but died out in the UK.

“There has been a lot of research and development by a lot of companies over the past decade or so, and the resultant sharp fall in the cost of fire intumescent protection has ensured its dominance in the market,” he said.

The ASFP has just published a guide called ASFP Guide to Inspecting Passive Fire Protection for the Fire Risk Assessor that explains the appropriate regulations and fire risk assessment in more detail.

Simplified approach based on comprehensive full scale tests
Dave Chapman, Regional Technical Manager in Tata Steel Europe’s Structural Advisory Service, explained some of the testing, principles and practice associated with performance based structural fire engineering. He said the new approach to fire engineering meant that structures were designed to resist fire, rather than having protection added to a design afterwards. Structures were designed for wind loading, rather than having protection against wind added later, and fire should be treated in the same way.

He described how the lessons of how steel framed buildings behave in fire were well established at the Broadgate fire in the City of London in 1990, and later at the Cardington tests.

Vulcan Lite provides full information about the structural response to a fire. Both consider a single structural bay and need only very simple input of data. TSlab is best suited for initial assessments while Vulcan Lite is the preferred tool for rigorous analysis, so they are ideally used in tandem.

Complex structures
The only practical way of achieving a satisfactory level of fire safety in some large and complex structures and in buildings housing a variety of uses may be by using fire engineering. 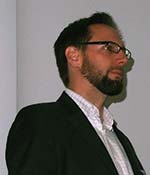 The fire engineering design of large and unusual structures was the subject of Buro Happold’s Dr Florian Block’s presentation. Dr Block took delegates through the approaches adopted on projects like the atrium steelwork assessment of the Foster+Partners designed ME hotel in Aldwych, London, and an assessment of the D Y Patil School of Management in Mumbai, India.  He said that most prescriptive approaches to fire protection guidance are for ‘normal’ structures made of beams and columns which might not be applicable for ‘unusual’ structures. To get over this issue the impact of fire on a structure should be assessed from first principles early in the design process, he argued.

Mr Dowling also delivered a presentation on structural fire engineering on The Shard on behalf of Dr Mark O’Connor of WSP, structural engineers on the project. There are seven different types of occupancy in The Shard, each with its own fire protection requirements. Using the structural fire engineering approach was not about cutting costs by eliminating fire protection, he explained, but about ensuring that the appropriate, possibly enhanced, protection is applied where it best ensures the safety of a building’s occupants.

Concluding the Seminar
Arup Fire’s Neal Butterworth said seeing things in terms of a prescriptive versus a performance based approach leads to preconceived ideas. He emphasised that structures should be well designed, whichever approach is chosen. “Using a prescriptive approach doesn’t mean that a designer doesn’t have to think,” he said. Leeds Arena did not need fire protection on its roof trusses, according to building codes, but a performance based analysis was carried out and the roof was given fire protection as its integrity was considered key to the safe evacuation of the building.

Selection of less combustible materials for use in acoustic insulation cladding was a measure also not required by codes but was done for good design reasons. “When should a fire engineering approach be adopted? We might as well ask when is a good design required. I say fire engineering should be considered for all buildings, and fire should be considered at all stages of the design.”

The seminar was also repeated in Bristol on 20 June.